Russell Wilson has been cooking to start this season. What other expensive plays do we want to prioritize in Week 3?
Nick Vazquez —

How should we bet the potential barnburner between the Baltimore Ravens and Kansas City Chiefs? Teddy Sevransky joins Covering the Spread to discuss his read on that game and his favorite bets across the NFL in Week 3.
Jim Sannes —

Jerick McKinnon is set to be one of the most popular salary-savers on the slate. Who are other value options to consider this week?
Thomas Vecchio —

Is Diontae Johnson​ destined for stardom? That -- and more -- on this week's 10 Trends episode.
JJ Zachariason —

Miles Sanders looks to be the latest running back to trample over the Bengals. Who else should we target in Week 3?
Ryan Kirksey —

Daniel Jones has struggled so far, but should we expect him to improve moving forward? Which other players could be due for positive or negative regression?
Cody Parker —

Carson Wentz is very affordable this week and has a great matchup versus the Bengals. Can you look to him as a value play?
Brett Oswalt —

Kelley cemented his role in the Chargers' backfield with a busy Week 2. Which other usage trends do you need to know?
Robby Gal —

After a barrage of injuries in Week 2, here's a look at how to manage your free agency budget for Week 3.
Elisha Twerski —

Which teams grade out as the best units against each offensive skill position through Week 2?
Brandon Gdula —

With so many Week 2 injuries, who should you be prioritizing off the waiver wire this week?
JJ Zachariason —

With injuries to stud running backs coming in Week 2, how do our algorithms value the position for the rest of the season?
Brandon Gdula —

With fantasy football players getting hit with plenty of injuries, how can we use snap data to determine who will take over?
Sam Hoppen —

Cam Newton looks like the only rusher you want to roster from New England. Which other fantasy football lessons did we learn from Week 2?
Ryan Kirksey —

The Arizona Cardinals have looked like one of the NFL's best teams through two weeks, and oddsmakers have adjusted for it. Which other teams have seen big movement in their Super Bowl odds?
Neil Dutton —

Fantasy Football: 3 Players You Can Drop After Week 2

With two weeks in the books, which struggling players should you consider bailing on in fantasy?
Chris Allen —

In a Week 2 that will be remembered for all the injuries, there were some noteworthy statistical performances, too, including a rare low mark from Julio Jones.
Neil Dutton —

Gardner Minshew has a delectable Week 3 matchup with the Dolphins. Which other widely available quarterbacks are worth a look?
Austan Kas —

This isn't a surprise, as Thomas' high-ankle sprain diagnosis is expected to be a multi-week affair - though the team decided against placing him on injured reserve. It's hard to imagine him getting enough practice reps in to play Sunday against the Green Bay Packers, but Thomas is certainly going to try. Keep a loose eye on his practice participation over the next couple days while also lining up other options to fire up in your lineups. Emmanuel Sanders Tre'Quan Smith figure to be the top receiving options should Thomas be held out.

As the Rams start to gear up to play the Buffalo Bills Sunday, they've been without running backs Malcolm Brown and Akers. The latter, a rookie, is dealing with a ribs injury that is being called day-to-day by head coach Sean McVay. Keep a close eye on his practice participation over the next couple days, as a DNP on the first injury report is certainly inauspicious.

The Rams are facing a Bills defense that has been surprisingly porous on the ground through two weeks. It's allowing 0.2 adjusted net expected points per rush play, ranking 27th in the NFL.

Los Angeles Rams running back Malcolm Brown did not participate in practice Wednesday.

Brown is dealing with a broken pinky finger - one that required a minor surgical procedure - and while he's largely been expected to play Sunday against the Buffalo Bills thus far in the week. But a full absence from practice is still disconcerting, so keep a close eye as the week progresses. Rookie Cam Akers is dealing with an injury of his own and also missed practice, so Darrell Henderson could hold the reins to the backfield once again. 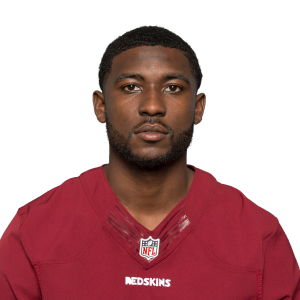 Sims was forced to sit out Wednesday's practice after suffering a toe injury. Expect Logan Thomas to emerge as as Washington's secondary pass catcher behind Terry McLaurin if Sims were to miss Week 3's matchup against the Cleveland Browns. 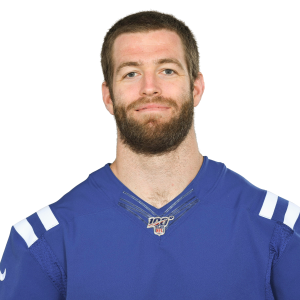 Doyle missed practice all last week with a groin injury, causing him to be absent in the team's dominating win over the Minnesota Vikings. Without Doyle to lead the tight ends, Mo Alie-Cox had a career day, posting 5 catches for 111 yards as Philip Rivers' safety blanket. If Doyle misses Sunday's game against a questionable Jets linebacking corps and secondary, Alie-Cox could be in store for another big day.

The Jets are currently 22nd in the NFL in Adjusted Defensive NEP, allowing 0.31 per play.

Crowder was a non-participant during Wednesday's practice after a hamstring injury forced the 27-year old to miss Week 2's matchup against the 49ers. Expect Braxton Berrios to play more snaps in the slot if Crowder were to miss more time.