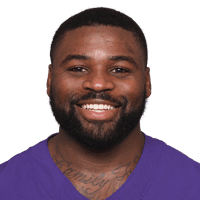 The New Orleans Saints signed running back Terrance West, formerly of the Baltimore Ravens, according to Herbie Teope of NFL.com.

Leg injuries and the rise of Alex Collins limited West to five games in 2017, but he's still just 27 and should be able to help out in the Saints backfield to open the year while Mark Ingram serves his four-game suspension.

West totaled 161 yards and 2 touchdowns on 41 touches for the Ravens last season.