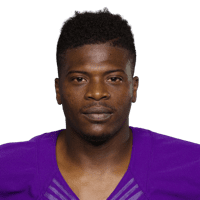 Chicago Bears wide receiver Kendall Wright caught 2-of-3 targets for 9 yards and a touchdown in Saturday's second preseason game versus the Arizona Cardinals.

Wright was working with the first team offense, ahead of Victor Cruz, as two of his targets came in the end zone from starting quarterback Mike Glennon. The veteran wideout has the talent to succeed as the Bears' slot receiver but loses fantasy value with the inconsistent Glennon as his quarterback.