Malcolm Brown locked in as Rams' second running back

Brown, a third-year undrafted free agent out of Texas, was primarily used on special teams last season, but he did play in all 16 games. Through two preseason contests, he's averaging 2.7 yards per carry on 14 attempts as the clear number-two behind Todd Gurley and ahead of undrafted rookie Justin Davis. Even if Gurley goes down with an injury this season, the Rams would likely bring in outside help to fill the void in the backfield. Lance Dunbar is out indefinitely with a knee injury.

numberFire's models project Brown to rush 32.8 times for 81.3 yards and 1.38 touchdowns this season, while adding 114.1 yards and 0.86 touchdowns on 9.6 catches. He's the RB77 overall in our fantasy rankings entering the year. 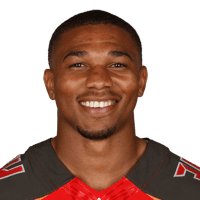