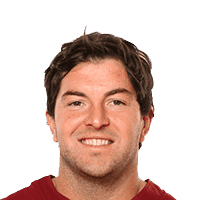 Falcons bring in Rex Grossman for workout and physical

The Atlanta Falcons are bringing free agent quarterback Rex Grossman in for a workout and physical Tuesday, according to Vaughn McClure of ESPN.

Head coach Dan Quinn did not say whether the team would sign Grossman, though he did confirm the visit. Atlanta currently has T.J. Yates and Sean Renfree on the roster behind starter Matt Ryan.

Grossman was last on an NFL roster in 2013 and hasn't played in a game since 2011. In that season, he ranked 27th in Passing Net Expected Points per play among the 49 quarterbacks who recorded at least 100 drop backs.