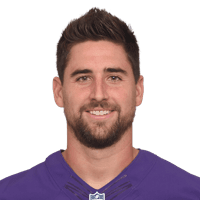 The Baltimore Ravens fear Dennis Pitta has "fractured and dislocated his hip for the third time," which would likely be a career-ending injury, according to ESPN reports.

This is awful news for a player who has endured several serious injuries in his career. Pitta first injured his hip in 2013 training camp, before suffering the same injury in Week 3 2014.

Pitta was able to get back on the field last season, and he was pretty darn good, leading all tight ends in catches as he totaled 86 grabs for 729 yards and 2 scores. Pitta's box score numbers didn't translate to much of an on-field impact, though, per our numbers. Of the 35 tight ends to see at least 40 targets in 2016, he checked in 33rd in Reception NEP per target. Ben Watson, Maxx Williams, Crockett Gillmore and Nick Boyle will battle it out for the starting role.