James Jones wants to play for the 49ers

"It's just a waiting game for me right now," Jones said Wednesday after being released by the San Diego Chargers. "I just want to play football and stay home in the Bay Area." The Oakland Raiders aren't an option, but the San Francisco 49ers might be a fit. The 49ers' wideout depth chart is laughably bad, and Jones could probably carve out a role pretty easily.

The 31-year-old Jones put up an unexpected line of 50 catches, 890 yards and 8 touchdowns last season with the Green Bay Packers. However, only two of those scores came after Week 6, and while teams may show interest, his days of fantasy relevance are likely in the rearview. 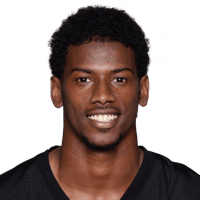