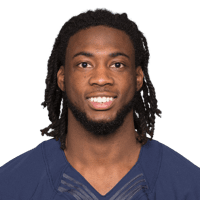 Mike Williams (ankle) out for Chargers' Week 13 contest versus Raiders

Williams will miss his second straight game after he was unable to practice with his ankle injury. Expect Josh Palmer to see more targets against a Raiders' team allowing 27.6 FanDuel points allowed per game to wideouts.