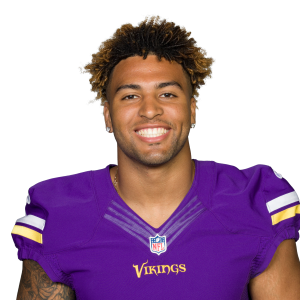 O'Connell said it's a "week-to-week type scenario," which confirms initial expectations after Smith injured his ankle on Sunday. Johnny Mundt will likely take over as the Vikings' starting tight end while Smith is sidelined. He hauled in his only target for a one-yard touchdown in Sunday's win. Jacob Hollister could also play a larger role while Smith is sidelined.