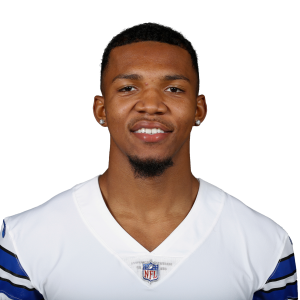 Dallas Cowboys running back Tony Pollard could play a larger pass-catching role this season, according to Todd Archer of ESPN.com.

Pollard may not see a significant increase in rush attempts this season while Ezekiel Elliott is still at the top of the depth chart, but the Cowboys do need to replace the 113 receptions that Amari Cooper and Cedrick Wilson Jr. had last year. At Memphis, Pollard played out of the slot and racked up 104 catches for 1,292 yards and 9 touchdown catches in 40 collegiate games. “There is a ton of it on film. A lot of it is coming back to him,” Moore said of Pollard's pass-catching prowess. “I think he does have more than just that...He can stretch people vertically, and I think that will be a huge advantage for him to put people in conflict of how they want to handle him.” Cowboys quarterback Dak Prescott also complimented Pollard's route-running and said the running back could be one of the team's "best pass-catchers." Per Fantasy Football Calculator, Pollard's ADP in PPR drafts is currently 6.08.

Pollard is currently the RB31 in numberFire's rankings for 12-team, PPR leagues. Our models project him for 153.2 carries for 693.5 yards and 4.70 touchdowns, with 37.1 receptions on 48.1 targets for 275.7 yards and 1.98 touchdowns. He had 39 catches on 46 targets last year, so these projections aren't currently factoring in an increase in pass-catching volume. Among the 36 backs with at least 40 targets, Pollard ranked 12th in Reception Net Expected Points per target.