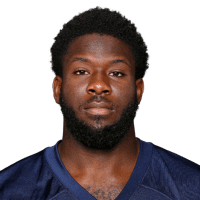 Pascal entered the league as an undrafted free agent out of Old Dominion, but managed to carve out a role as a complementary receiver in the Colts' offense. He played under second-year Eagles head coach Nick Sirianni for much of his time in Indianapolis as well, meaning he should be able to get on the field relatively quickly (especially given the lack of proven producers in the Eagles' wide receiver room).

Pascal has caught 150 of 258 targets in his four-year career for 1,888 yards and 15 touchdowns. He could feasibly step in as the team's WR2 across from DeVonta Smith if the team does not add any more receivers in the upcoming 2022 NFL Draft.