The New York Giants have signed running back Matt Breida to a one-year contract, according to ESPN's Jeremy Fowler.

Breida has flashed elite speed at the running back position since his time with the San Francisco 49ers, and made a few splashy plays as a rotational back in the Buffalo Bills' high-powered offense this past season. The Giants released journeyman back Devontae Booker earlier this offseason, so Breida currently figures to slot in as Saquon Barkley's backup at this early stage of the offseason.

Breida's primary issue so far in his career has been health; while he had over 100 carries in each of his first three seasons, he has totaled just 85 carries over the past two seasons in his time with the Miami Dolphins and the Buffalo Bills. Breida could have an opportunity to continue making splashy plays behind Barkley as a change of pace back in 2022. 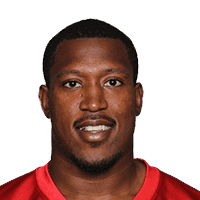