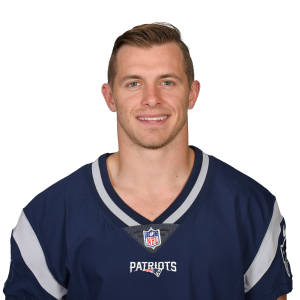 The New York Jets have re-signed receiver Braxton Berrios to a two-year contract worth $12 million, per ESPN's Adam Schefter.

The deal also includes $7 million in guarantees. A former New England Patriots draft pick, Berrios has spent the past three seasons with the Jets and was an All-Pro special teamer this past season, particularly for his work as a return man; the 26-year-old totaled 1,053 return yards on his 28 kick returns and 15 punt returns in 2021.

Berrios hasn't been as productive on offense as he has been on special teams, but he thrived as a dynamic offensive weapon as the Jets limped to the end of the 2021 season. Over his final three weeks of the season, Berrios caught 14 passes for 128 yards and a touchdown, while adding 25 yards and 2 more touchdowns on 5 carries. Berrios could vie for a productive role in New York with just Elijah Moore and Corey Davis ahead of him on the team's receiver depth chart.