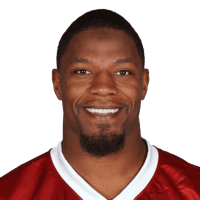 David Johnson (illness, thigh) did not practice Thursday for Texans

Houston Texans running back David Johnson (illness, thigh) did not practice on Thursday for Week 13 against the Indianapolis Colts.

Johnson was also a DNP on Wednesday when the Texans held a virtual session due to various illnesses on the roster. He should be able to play on Sunday if he can at least turn in a limited practice to close out the week. Rex Burkhead could see season-high usage in Week 13 if Johnson is unavailable.

The Colts have the No. 12 run defense in numberFire's schedule-adjusted team rankings. Johnson is currently the RB29 in our Week 13 rankings and projected for 11.1 touches.