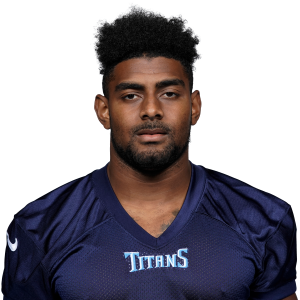 Tennessee Titans running back Jeremy McNichols (concussion) did not practice on Wednesday ahead of Week 11's game against the Houston Texans.

McNichols is in the NFL's concussion protocol and did not practice on Wednesday. If he is unable to be cleared in time to face the Texans on Sunday, both D’Onta Foreman and Adrian Peterson could see an increase in touches against the Texans.

The Titans implied team total of 27.8 points is the fourth-highest team total on Sunday's main slate, according to numberFire's DFS Heat Map.