Texans sign Tyrod Taylor to one-year deal worth up to $12.5 million

Former Los Angeles Chargers' quarterback Tyrod Taylor has agreed to a one-year contract with the Houston Texans, according to ESPN's Adam Schefter.

Taylor's deal is worth up to $12.5 million as he moves to Houston after two seasons with the Chargers. After agreeing to terms with Taylor, the Texans now have a veteran backup behind Watson, which may provide them the security at the position they need to trade him. The 31-year-old veteran will join the fourth team of his ten-year career and, pending a Watson trade, could be in a position to once again enter a season as a starting quarterback. 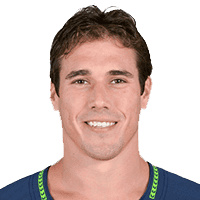