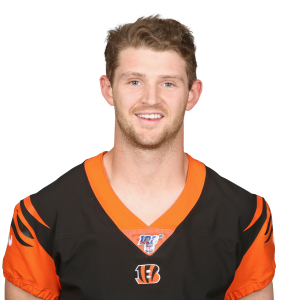 Driskel was benched for Rypien in the fourth quarter of the Broncos' loss to the Tampa Bay Buccaneers on Sunday. Rypien went 8-for-9 for 53 yards on the Broncos' meaningless final drive but it ended with a sack and then an interception over the final three plays. The offense should fare better in an easier matchup against the Jets on Thursday but all of the Broncos' pass-catchers will be downgraded until Drew Lock (arm) returns.

Driskel and Rypien both averaged fewer than 6.0 yards per attempt against the Buccaners. Driskel has the third-fewest Passing Net Expected Points (-11.68) in the league through three games, ahead of only Sam Darnold (-24.71) and Carson Wentz (-31.65).