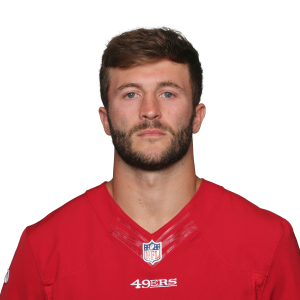 Trent Taylor may wind up being 49ers' third receiver

San Francisco 49ers wide receiver Trent Taylor will have the third-most receptions on the team behind George Kittle and Deebo Samuel (foot), writes Matt Barrows of The Athletic.

Taylor missed all of last season with the same foot injury that Samuel is currently dealing with. The local beat seems high on a bounce-back campaign, as NBC Sports Bay Area reported in April that the 49ers are still expecting "big things" from Taylor. Barrows also includes Kendrick Bourne and first-round pick Brandon Aiyuk as "other favorites" to be the third on San Francisco's pass-catching totem pole. He goes on to even mention Travis Benjamin and running back Jerick McKinnon as long shots, indicating there likely won't be a clear third option. Taylor caught 43 passes as a rookie but was held to 26 receptions in 2018.