Per the Washington Post's Mark Maske, there is 'increased' hope from some in the league and around the NFL that the current political environment will improve quarterback Colin Kaepernick's chances of signing with an NFL team.

Maske goes on to note that we shouldn't expect another publicity stunt like last year's bizarre NFL-scheduled workout in Atlanta. Kaepernick played his final down of football in 2016 for the San Francisco 49ers and has remained unjustly unsigned since becoming a free agent that offseason.

While he has not played in the NFL since 2016, it's worth noting that he could still likely compete for a starting job today. In his final season with the 49ers, whose Jeremy Kerley-led receiving group was arguably the worst in the NFL, Kaepernick still finished 21st overall among quarterbacks in total Net Expected Points per dropback. Teams like the New England Patriots, the Jacksonville Jaguars, and the Chicago Bears should all have Kaepernick on their radars if they want to compete in 2020. 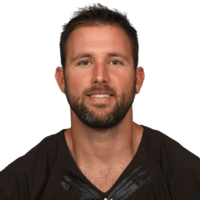