Clayborn's addition is another attempt to boost a middling Browns' pass rush ranked 21st in total pressures produced last season (138 total). The 31-year old defensive end should play a part-time role after recording a career 10.8% Pressure Percentage and a Hurry Percentage of 8.5%. 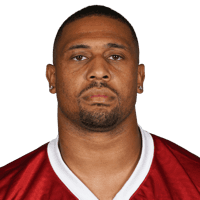