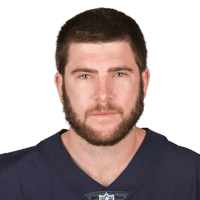 The Chicago Bears have re-signed quarterback Tyler Bray, according to ESPN's Field Yates.

Bray is expected to compete for the third-string quarterback job, behind Nick Foles and Mitch Trubisky. The former undrafted free agent out of Tennessee spent multiple seasons with the Kansas City Chiefs but only played a single game. His value to the Bears lies in his familiarity with head coach Matt Nagy's offense.

At Tennessee, Bray compiled 540 completions on 922 attempts, for 7,444 yards, 69 touchdowns and 28 interceptions across three seasons.