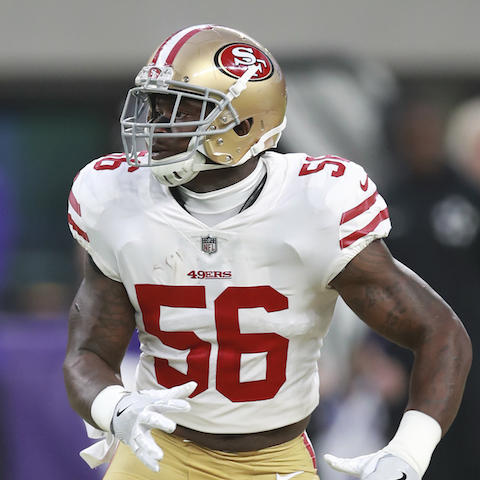 Foster was released by the 49ers after he was arrested on Saturday at the team's hotel for his second domestic violence accusation. It's unclear whether he will be suspended by the NFL, but in the meantime, he'll be an added bonus to the Redskins defense.

In six games this season with San Francisco, Foster tallied 25 tackles and a pass defensed.