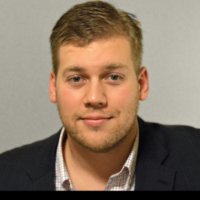 Drafting quarterbacks early in your fantasy football drafts generally isn't the right thing to do.

There are a variety of reasons for this, but at its most basic level, it breaks down to the fundamental economic concept of supply and demand. In any given week, every member of your league is going to be starting double or triple the number of running backs and wide receivers as they are quarterbacks. That makes for a short supply of quality running backs and receivers, forcing your hand to draft them earlier.

Whether you want to draft a late-round quarterback like the cool kids -- and increase your chances of winning your league -- or grab an elite quarterback early, let's take a look at our algorithm's top-25 quarterback rankings for the 2016 season.

You can find the full list of quarterback projections as part of numberFire's Draft Kit.

Rodgers certainly struggled in 2015, but we have him back at the top of our quarterback rankings for 2016.

Our own John Prandato gave us an in-depth look at Rodgers' numbers in 2015, as he looks at Rodgers returning to form this season. "Rodgers indeed struggled, at least by his lofty standards, completing just 60.7 percent of his passes on 6.68 yards per attempt (both by far career lows)... His 0.06 Passing Net Expected Points (NEP) per drop back -- a statistic in which he led the league in 2014 with a mark of 0.34 -- ranked in the bottom fifth among quarterbacks with at least 300 drop backs in 2015."

While many fantasy owners were disappointed with his results last season, itâ€™s important to remember that, according to our Passing Net Expected Points metric, 2015 was the first year Rodgers didnâ€™t finish as a top six passer since 2010.

Over the last eight seasons, Brees has never thrown for fewer than 4,300 yards, and he's thrown for more than 5,000 yards in four of those seasons. According to our Passing NEP metric, heâ€™s had 5 of the best 20 seasons for any quarterback with at least 300 drop backs since 2008. No one would blink if Brees finished 2016 as the highest-scoring fantasy quarterback.

Roethlisberger was a top-10 quarterback in 2015 according to both Passing NEP and Passing NEP per drop back.He's now finished in the top 10 in each of these two metrics every year since 2009. We're projecting that Roethlisberger will throw for approximately 4,763 total yards this season, which is our second-highest projected total, second only to Drew Brees.

In 2015, Bortles threw for over 4,400 yards and finished tied for second in passing touchdowns with 35. However, our NEP metric shows us that, while he did accumulate big stats, he really wasn't a great quarterback -- he finished the year ranked 23rd in per drop back efficiency. Big-time volume allowed Bortles to finish as top-10 fantasy quarterback in 2015, and it will allow for the same in 2016, despite some regression coming.

Per FantasyFootballCalculator.com, Tyrod Taylor is being drafted, on average, as the 16th-best fantasy quarterback. Meanwhile, our initial projections have Tyrod finishing less than one point behind Bortles on the season, but Bortles is currently being drafted much earlier as the eighth quarterback off the board.

Since 2008, Philip Rivers has been a top-12 fantasy quarterback in all but one season. He finished as the 12th-highest scoring fantasy quarterback last year, and did so via massive volume, dropping back to pass 702 times. For those keeping track, thatâ€™s 184 more drop backs than the average among the 31 quarterbacks who threw at least 300 passes.

Rivers also managed to maintain a solid level of efficiency despite the high volume. He finished as our 13th-ranked quarterback according to Passing NEP per drop back. With the newly acquired Travis Benjamin and the dynamic Keenan Allen back and healthy -- Rivers was a top-five passer with Allen last year -- we're looking forward to another top-10 season from Rivers

Due to injury, Tony Romo was only able to play in four games last season. In those contests, he nearly matched his total number of interceptions for all of 2014. It was ugly. With that being said, when we last saw Romo in 2014, he was having a career year by throwing 35 touchdowns and only 9 interceptions. According to our Passing NEP per drop back metric, 2014 Tony Romo was the second-most efficient quarterback in the league, just behind Aaron Rodgers. If Dez Bryant and Romo can both stay healthy this season, Romo's production totals will be substantially improved, and he may very well outplay his projected production.

Last season, Matt Ryan threw for 4,591 yards, which was good for the fifth-most passing yards in the league. However, his passing touchdown total was only 17th-best, as he managed only 21 scores. This was the lowest total of his professional career aside from his rookie season in which he threw for 16.

Matty Ice is a prime candidate for positive touchdown regression, as pointed out by our own JJ Zachariason. We are projecting Ryan's 2016 touchdown total to progress to between 29 and 30 scores to go along with another 4,500-yard passing season.

The Jets finally got their man -- after giving him a major substantial raise -- and it immediately shook up our top-25 quarterback rankings.

Fitzpatrick completed 2015 as the 12th-highest rated quarterback according to both Passing NEP and Passing NEP per drop back. By adding Matt Forte to the already highly effective duo of Eric Decker and Brandon Marshall, the Jets have given Fitzpatrick all the weapons he needs to help this team win right away, as well as continue being a higher-end QB2 in fantasy football.

Last year was supposed to be a breakout one for Ryan Tannehill, but things didn't quite work out that way.

Tannehill did have the most passing yards of his career last season with 4,208, but beyond that, his numbers were largely mediocre at best. Adam Gase, the Dolphins' new head coach, has always been known as a quarterback whisperer, but it's still tough to buy into a legitimate season from a passer who's yet to really bring it from a fantasy standpoint.

Kirk Cousins has done a few things early in his career that might totally shock you.

Last year, Kirk Cousinsâ€™ Success Rate ranked 19th among the 159 passers with at least 250 drop backs since 2000. Cousins was our seventh-most efficient passer in 2015 according to Passing NEP per drop back. And Captain Kirk led Washington to the fourth-best schedule-adjusted passing offense in the NFL last year according to our metrics.

Cousins also had an amazing 100% 2015 red zone Rushing Success Rate, converting 5 of his 7 red zone rushes into touchdowns. In the red zone, Cousins has thrown 30 touchdowns and not a single interception at the NFL level. Don't be surprised if he outperforms our projections this season, but understand that there's risk involved.