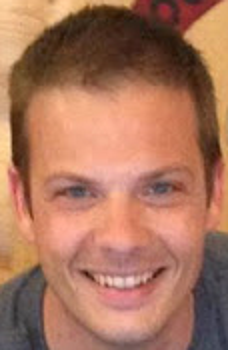 Some players come into the NFL and are immediately given the chance to prove that they belong. Most recently, we think of Odell Beckham of the Giants, Mike Evans of the Buccaneers, DeAndre Hopkins of the Texans, and A.J. Green of the Bengals, but there are plenty of men who hit bumps in the road and have to overcome obstacles before they can show what they're made of.

Kevin White came into last season with as much (or more) hype than fellow 2015 NFL draft pick, Amari Cooper. White, an All-American wide receiver at West Virginia, showed amazing potential at the NFL combine. At 6'2" and 215 pounds, he wowed scouts with a 4.35-second 40-yard dash and was drawing comparison's to the aforementioned Hopkins.

On draft day, the Chicago Bears drafted White seventh overall, giving Bears fans wonderfully vivid dreams of an offense featuring not only White, but Alshon Jeffery, Martellus Bennett, and Matt Forte. Unfortunately, those dreams were not meant to be, as a stress fracture and subsequent surgery forced White to miss his entire rookie season.

Now, Kevin White is healthy and ready for the 2016 season, and fantasy general managers are struggling to figure out his value.

Without access to White's medical records, it impossible to predict his health, but assuming that he's ready to play in 2016, let's get an idea of his fit with the Bears' offense.

Chicago, coached by the notoriously conservative John Fox, was definitely a run-first team in 2015. The Bears called the sixth-most running plays in the NFL last season (468), and their 523 pass plays called ranked 25th. NFL teams with great defenses may benefit from this type of play calling, but Chicago's 22nd-ranked defense, as measured by our schedule-adjusted Defensive Net Expected Points (NEP) metric, suggests that their commitment to the run is the life-blood of their coach.

If the Bears' defense is expected to improve in 2016 -- and it should given their approach to free agency and the draft -- then it's only reasonable to assume that the Bears will run the ball just as much as they did last season. Assuming that the Bears' pass attempts stay roughly the same, let's evaluate White's opportunity in 2016.

The Bears attempted 523 passes in 2015, or 32.69 per week. When he was healthy, Jeffery saw 10.4 targets per week. Jay Cutler has shown trust in Jeffery, and there is no reason to expect that to not continue.

Tight end Zach Miller, who came on during the latter portion of 2015, averaged more than five targets per game after the Bears' bye week. Between slot receiver Eddie Royal (5.6 targets per week) and running back Jeremy Langford (2.8 targets per week), we've accounted for 24 of 35 weekly targets. That leaves 11 or so targets per week for White and the rest of the Bears' weapons. Even a fairly conservative estimate of seven targets per week would yield 112 over 16 games, which would have ranked 25th among receivers last year.

Even in a run-heavy offense, there appears to be opportunity for White.

Now, it's important to note that there is a chance that Kevin White isn't good and that he won't be able to make the most of any targets that he sees. We're all flying blind when we draft a player who has no NFL snaps to evaluate, but if he can live up to his top-10 pedigree, then he has a real opportunity to produce for fantasy owners.

Coming out of college, White was challenging Cooper as the first wide receiver drafted because of his ability to beat a defense for long gains. Ultimately, he was drafted by the Bears because he is a superior athlete at the wide receiver position, capable of dominating most NFL cornerbacks.

Either way, White is shaping up to be a draft-day bargain in the seventh round.