What Went Wrong With Chip Kelly and the Philadelphia Eagles? 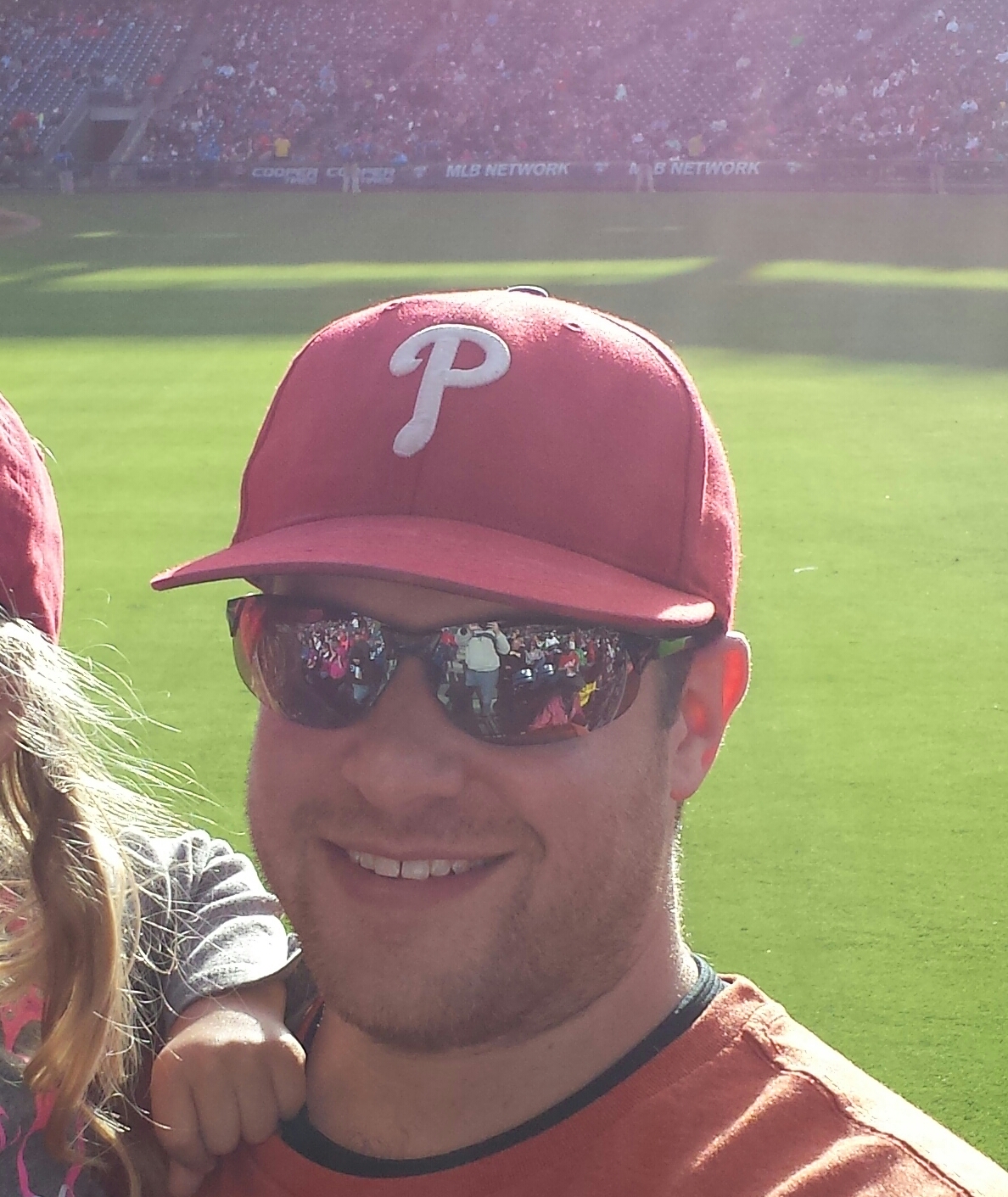 I live just a few miles from Lincoln Financial Field, home of the Philadelphia Eagles.

Last night, around 7 p.m., I was in the throes of my other full time job: professional Dad.

While playing Nintendo Wii with my daughter, my phone started to ding: A text message from my brother. Iâ€™ll get back to him later, I thought. Another ding. Then another. What is going on? My daughter was hyper focused on slicing a virtual watermelon, so I took a break to check my phone.

The texts were starting to compile and I jumped on Twitter, not sure if I was being pranked, or what to make of all these messages. But there it was, and I didnâ€™t think Adam Schefter was in on the prank:

Chip Kelly has been fired.

I read the  statement from Eagles owner Jeffrey Lurie and let the news settle in for a moment: after compiling a 26-21 record over his first tenure as an NFL head coach, Chip Kelly was released by the Eagles on Tuesday night.

As an Eagles fan, I have witnessed the peaks and valleys of the Chip Kelly tenure. But, even with this season being his worst yet, I was surprised by this news. The timing, especially, caught me completely off guard.

Where did it all go wrong for Chip and the Birds? And where do the Eagles go from here?

After various flirtations with the Tampa Bay Buccaneers, the Cleveland Browns, and, if you recall, the Philadelphia Eagles, the highly sought after Oregon Ducks head coach was hired in Philadelphia, prior to the 2013 season. It was a highly publicized hiring. Fans and pundits quickly fell onto opposite sides of the fence; some said Kelly would revolutionize the NFL, and others criticized the move as the worst in NFL history.

Coaching with mostly players left over from the Andy Reid regime, Kelly experienced early success in the NFL. In 2013, after installing a unique, fast-paced system, Kellyâ€™s offense ranked in the top 10 of all our major offensive Net Expected Points (NEP) metrics. Defensively, the Eagles were an average team, according to our numbers.

Net Expected Points is our key metric at numberFire. Using NFL data dating back to 2000, we are able to analyze the outcome of every single play and measure a teamâ€™s output versus expectation. The higher a teamâ€™s NEP, the more efficient they are. Defensively, a lower NEP score represents a more efficient defense, as the team is reducing the amount of points scored against them. To learn more about NEP, check out our  glossary.

The Eagles finished 10-6 and won the NFC East. They were eliminated in the first round of the playoffs by the New Orleans Saints. For context, the previous season saw the Eagles finish 4-12 in Andy Reidâ€™s last year as head coach. Their offensive efficiency was terrible that year, with the Eagles ranking in the twenties in all major NEP categories.

Considering the drastic turnaround from 2012 to 2013, it appeared as if Chip Kelly had been the right choice for Philadelphia.

In 2014, the Eagles again finished 10-6 but missed the playoffs. Kellyâ€™s offense showed regression, however, drastically dropping off from the previous season. Coincidence or not, this reduction in efficiency coincided with the unceremonious dumping of Pro Bowl wide receiver DeSean Jackson before the season began. Defensively, the Eagles improved slightly, going from the 11th best team in 2013 to the 8th best team in 2014.

Through two seasons, Kelly had compiled a respectable 20-12 record, earned a division championship in 2013, and overall, appeared to be headed for a long coaching career in Philadelphia.

For context, his .625 winning percentage through two years was on par  with the careers of Bill Cowher, Bill Walsh, and Joe Gibbs, to name a few.

The 2015 offseason represented a key turning point for the Philadelphia Eagles. In January, general manager Howie Rosemanâ€™s duties were re-assigned. While Roseman would receive a raise and remain with the team, the entire football operation would be run solely by Kelly. Kelly would be calling all the shots and, after two successful NFL seasons, would be allowed to structure the roster unchecked, building the team in his image alone. The hype was real.

As we now know, that decision was an unmitigated disaster.

First, Kelly addressed the quarterback position, trading Nick Foles to St. Louis for former rookie of the year, Sam Bradford. Bradford was entering the final year of his rookie deal and came with many questions surrounding his health and effectiveness.

With heavy rumors swirling about the Eaglesâ€™ presumed interest in Oregon quarterback Marcus Mariota, it was unclear if Kelly wanted Bradford to be his quarterback or simply wanted him as trade piece to obtain the rights to draft Mariota. In the end, it didnâ€™t matter. Mariota was drafted by the Titans, and whether he was wanted or not, Bradford was the Eagles' new starting quarterback.

As the offseason continued, so did the massive overhaul. Out were Pro Bowlers LeSean McCoy, Jeremy Maclin, and Evan Mathis, to name a few. In were running backs Ryan Mathews and DeMarco Murray and cornerback Byron Maxwell. Even Frank Gore flirted with the Eagles briefly but ultimately backed out of his deal with Kelly.

During the season, there were many reports regarding the way certain players left the Eagles, or the role of high priced free agent DeMarco Murray, or that Kelly had lost the locker room. But in the end, winning cures all. And losing breeds contempt.

So what were the results? We know the Eagles stand at 6-9 headed into Week 17. We know theyâ€™ve been eliminated from the playoffs. But here are the efficiency metrics compiled over Kellyâ€™s almost-three year tenure (ranks in parenthesis):


Based on the metrics above, itâ€™s very easy to see the drastic downward regression on both sides of the ball. The Chip Kelly experiment had failed, miserably. The Eagles are bad, and owner Jeffrey Lurie had seen enough.

Where do the Eagles go from here? First of all, Howie Roseman remains with the team and will help oversee the search for a new head coach.

And what does the new coach have to work with? A bottom third offense, with the only experienced quarterback signed for 2016 being named Mark Sanchez. A very expensive quagmire at running back, where there simply are not enough touches to split between Murray, Mathews, and Darren Sproles. A pass catching group that leads the league in drops (35) and is 20th in big passing plays (27) in 2015. An offensive line marred by injuries and age.

Defensively, things are not much better. The talented defensive line is hindered because of a far overmatched secondary. Free agent bust Byron Maxwell may have been the worst acquisition of the Chip Kelly tenure. In Kelly's defense however, linebacker Jordan Hicks appeared to be on his way to a stellar rookie campaign before getting hurt. As one of the least effective defenses in the league this year, the new head coach may want to start the rebuild on that side of the ball.

Chip Kelly will undoubtedly get a new job. Itâ€™s unclear if heâ€™ll head back to college or stay in the NFL. Maybe heâ€™ll end up in Tennessee with football soulmate Marcus Mariota. In any event, to say heâ€™s left the Eagles in shambles would be the understatement of the century.

Despite winning six games this year, itâ€™s safe to conclude that the Eagles have bottomed out in more ways than one. By advanced analytics, theyâ€™ve regressed more sharply than anyone could have expected. The drama was fierce all year. Maybe everyone will be better off after the dust settles on this divorce.

After all, the best part of hitting rock bottom is that the Eagles have nowhere to go but up.