Is Anyone Going to Beat the Carolina Panthers? 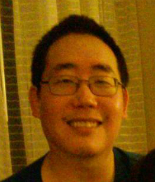 Stan Son  —  @Stan_Son Dec 3rd, 2015
Share on Facebook Share on Twitter
The Carolina Panthers are undefeated, and they don't have a very difficult matchup left on their schedule. Which team could end up ruining their perfect season?

Entering Week 12, the Carolina Panthers were the Rodney Dangerfield of the NFL: they weren't getting any respect.

Vegas had the 10-0 Panthers as one-point underdogs to the 3-7 Cowboys. Granted, the Cowboys were at home on Thanksgiving with Tony Romo back at quarterback. But the undefeated Panthers as underdogs?

After the 33-14 beat down, the pendulum of respect has swung the other way. Now, the conversation centers around the pursuit of perfection.

In the Super Bowl era, there have been 11 other teams to have started the season 11-0, while the 1972 Dolphins and 2007 Patriots finished the regular season undefeated.

Will the Panthers join them?

Just How Good Are These Panthers?

Bill Parcells famously said, "You are what your record says you are." At the end of the day, success and failure are determined by wins and losses.

But we here at numberFire like to quantify how good or bad a team really is, not just based on record. We accomplish this by utilizing our signature Net Expected Points (NEP) metric. For more information, visit our  glossary.

The 2015 Panthers are ranked second in our power rankings, right behind the Arizona Cardinals. They have a nERD score of 10.36, which means that our algorithm expects the Panthers to beat a league-average opponent on a neutral field by more than 10 points. The Cardinals have an 11.52 nERD, and the third-place Patriots have an 8.69 mark.

As you know, the team is built around a ferocious defense and Cam Newton on offense. But let's start with the defense.

On a schedule-adjusted basis, the Panthers allow -0.05 Defense NEP per play. Factoring variables, such as down and distance, this means that the Panthers defense prevents 0.05 points from being scored on each play. There are only four other teams that sport a negative figure, since offense is so efficient these days: Broncos (-0.05), Rams (-0.03), Seahawks (-0.01) and Jets (-0.01).

How are they doing it? With a stout pass defense.

The Broncos' pass defense has been receiving all the accolades this year, and rightfully so, as they allow -0.09 expected points on each pass. The Panthers pass defense is right behind at -0.07, easily the second best in football.

A huge reason for the success of the pass defense has been cornerback Josh Norman. As Sam Monson of PFF put it, "The passer rating when throwing at Josh Norman this season is still worse than just throwing it into the turf every play." He essentially neutralizes the opposition's top receiving threat.

The linebacking core, led by All-Pro Luke Kuechly, has been instrumental in defending the belly of the pass defense. Kuechly makes the middle a no-go zone for opposing aerial attacks, possessing the speed and instincts to diagnose and disrupt, as highlighted by the two interceptions of Romo on Thanksgiving. According to Pro Football Focus, Kuechly is allowing a passer rating of 44.1, when the average for inside linebackers is 103.0. Thomas Davis and Shaq Thompson both wreak havoc with their speed and athleticism.

And of course, any great pass defense has a defensive line that can get pressure on the quarterback. The Panthers are third in the league with 33 sacks -- according to  SportingCharts, the Panthers rank fourth in defensive hurries with 79. And they're doing this with a 33-year-old Jared Allen and Charles Johnson only playing four games.

What's it all add up to?

A league-leading 18 interceptions. The opposition completes 58.6% of their passes, which is fourth-worst. They allow 223.8 passing yards per game (fifth) and have given up 13 touchdowns (fifth). They lead the league by a significant margin in passer rating (68.7), with the Broncos a distant second at 76.9. Only six passes have been completed for over 40 yards, which is ninth best.

And Kuechly missed three games due to injury!

Now let's take a look at the rush defense.

The Panthers Defensive Rushing NEP per play is -0.03. A decent number, sure, but one that ranks them 11th in the league. The Steelers possess the stingiest rush defense with a -0.10 mark.

How about the offense?

Unlike Chip Kelly, who focuses on offensive production, Ron Rivera plays to his team's strength: the defense. This is evident in the fact that the Panthers rank third in time of possession at 32:31 minutes per game. They attempt 30.2 passes per game, which is the third-fewest in the league, and run the most at 34.5 times per game.

Obviously, everything revolves around Newton, the Alpha and Omega of the Panthers offense. Even though he only completes 57.2% of his passes, he's enabled the Panthers to post a schedule-adjusted Passing NEP per play of 0.14, which is good for 12th in the league.

The main reason why is their success in the big-play department. Newton's main receiving threat, tight end Greg Olsen, averages 14.9 yards per reception, good for 25th among all pass catchers. Ted Ginn Jr. (14.8), Devin Funchess (15.8), Corey Brown (13.7) and Jerricho Cotchery (13.6) all rank in the Top 40 for yards per reception.

On the rushing side, the Panthers are ranked eighth in Rushing NEP per play at 0.03.

Who's Going to Beat Them?

I know what you're thinking: All these numbers are fine and dandy, but who have the Panthers played? Fair point. Below is a table showing the Panthers' defeated opponents with their nERD score and current record:


The Panthers have faced just three teams with a positive nERD score, and their opponents have combined for a 52-69 record. The Panthers look like the bully taking lunch money from all the kids.

But you know what? Take a look at the remaining schedule:


Enticing indeed -- the schedule sets up very favorably for the Panthers to run the table.

But our algorithm projects the Panthers to finish with 15 wins and 1 loss. The question is, which team prohibits perfection?

While they don't have the highest nERD rating of the remaining teams, the Tampa Bay Buccaneers actually might have the best shot to take down Carolina.

They rank fifth against the run per our metrics, which is great when you're trying to stop Cam and J-Stew, all while allowing three rushing plays of 20-plus yards on the year, tying them for first in the league. Meanwhile, they've allowed 30 passing plays of 20 or more yards, which is surprisingly only one more than the NFL's leader in the category. In other words, they can stop the run, and they've been good at limiting big plays, despite having a poor pass defense ranking according to our numbers.

Offensively, the Bucs are ninth in Rushing NEP per play, and they've had two turnover-free games and four games with just one. And while Josh Norman could take Mike Evans out of the game with his coverage skills, the Bucs have a great number-two option in Vincent Jackson, who torched the Panthers in Week 4 for 10 catches, 147 yards and a score.

To be clear, our algorithm will more than likely list the Panthers as favorites from here on out. And as noted, the Buccaneers don't have the highest nERD among remaining opponents. But matchup-wise, it could be Tampa Bay who ends up ruining a perfect season.