Is Joique Bell Becoming the Biggest Fantasy Football Value of 2015? 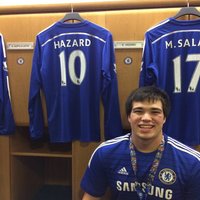 Fantasy football is all about value. Figuring out which players have the most value at all picks in the draft is the path to championships.

I'll admit that it can be hard to get too excited about Joique Bell. Bell wonâ€™t end up being a top-five running back this year. He isnâ€™t a rookie running back, who all of the fantasy experts say is a sleeper. After all, over the past two years, Bell has mostly been a backup running back in Detroit, with Reggie Bush taking the spotlight.

However, understanding the value of Joique Bell could make a big difference for your team in a week when your top running back is on a bye, and Bell comes in and puts up solid numbers.

Whenever talking about Bell, you have to first look at the risk involved in taking him. Because boy does Joique have some risk.

The Lions now have a shiny new toy at running back in Ameer Abdullah. Abdullah was a second-round pick, and was Nebraska's biggest weapon last year to the tune of 1,611 yards and 19 touchdowns. Reports coming out of the Detroit Lions' camp say that the Lions have been raving about Abdullah, describing him as â€œeye poppingâ€. And reporters have said he has been the second most impressive player, behind Calvin Johnson.

As of today, we really donâ€™t know how many carries Bell will be getting each game, and that uncertainty is a real problem for fantasy owners.

The next issue is that, over the past two years, Bell hasnâ€™t really been spectacular.

At best, Bell has been an average rusher in terms of rushing efficiency -- the average per-rush rate among running backs, because rushing is far less effective than passing, has hovered around the -0.02 mark over the last few years. Therefore, Bellâ€™s -.02 and -.03 NEP per rush numbers aren't the sign of a very talented running back. Throw in his injury history; having to undergo arthroscopic knee surgery in both of the past two offseasons, and it is easy to see why people are so pessimistic about Bell.

Replace Ameer Abdullah with Reggie Bush, who was coming off of 1,000 yards rushing, and you have your stud starting running back. Bell had the same knee surgery in 2014 that he's coming back from in this offseason. And, as you saw before, in 2013, Bell had -.02 Rush NEP per attempt, and in 2014 he had -.03 Rush NEP per attempt. The difference wasn't major.

Despite these big question marks, Bell had a solid year last year, ranking as the 14th running back based on total fantasy points. Bell had over 800 yards rushing, and got the goal line carries leading to 8 scores. As Bell has two inches and 25 pounds on Abdullah, logic would hold that Bell will still be getting those goal line carries in 2015.

Last year, per  FantasyFootballCalculator.com, Joique Bellâ€™s ADP was as a fifth-round running back, and he had the 24th highest ADP among running backs.

This year, Bell has dropped two rounds and is being picked in the seventh round, and he now has the 33rd highest ADP for running backs, dropping 10 spots from last year.

What happened to make him drop so much? Is Abdullah really that much better than Reggie Bush (reference 2013's version here, since Bush didn't play the entire season last year)?

Bell is being picked 10 spots behind guys like Doug Martin, who didnâ€™t even crack 500 yards rushing last year.

The craziest part of all this is that the Lions went out and massively upgraded the interior of their offensive line, adding Guard Manny Ramirez from Denver, then picking Guard Laken Tomlinson in the first round of the draft. DeMarco Murray showed how much effect an offensive line can have on a running backâ€™s success, and the Detroit running game should be much improved this year.

If Joique Bell put up the same numbers as last year, he would be a solid RB2 and a key part of your fantasy team. If he would be to improve due to the offensive line, and another year in second year offensive coordinator Joe Lombardiâ€™s offense, then Bell could be a top-10 running back this year.