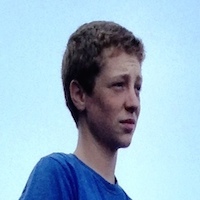 About two weeks ago, numberFire writer Brandon Gdula wrote a great article on why he's not drafting Odell Beckham at his current cost in fantasy football drafts. The article explains how Beckham's rookie year pace is likely unsustainable, and that since his risk is greater than the other high-end wide receiver options, he should be avoided in drafts. Additionally, numberFire's projections have Odell Beckham at seventh among receivers this year, not indicative of first wide receiver status.

I largely agree with Brandon's article and concur with the site's projection. Odell Beckham is not the wide receiver most likely to score the most fantasy points this year, and reasonable expectation would have him regress from last year's torrid pace.

The reason it's possible to agree with many of the points in an article about why not to draft Odell Beckham and still believe he should be the number-one receiver on draft boards comes down to strategy when drafting high-end wide receivers. I'm a big fan of taking running backs early and often in redraft formats due to their high year-to-year bust rates -- the only way to avoid busts is to spend at the position. Wide receivers, on the other hand, have far more year to year consistency. In fact, 73.33% of wide receivers drafted first through sixth among wide receivers finish as top-12 wide receivers that year.

It's fair to say that players who are thought of as top-shelf WR1s are unlikely (roughly one-quarter) to not at least return low-end WR1 value. So, when drafting the top tier wide receivers, it makes sense to draft them based much more on upside than risk because it is unlikely they possess huge risk.

Essentially, the best WR1s are some of the safest players in fantasy football, so I'll draft WR1s on the basis of player's ceilings, not median projections or floors.

In order to establish that Odell Beckham should be the first wide receiver taken in drafts, he doesn't need to be the safest of the top receivers. Instead, as long as Beckham doesn't possess unprecedentedly high risk for a wide receiver, he should be compared to the other top receivers on his upside.

At all positions in fantasy football, risk can be broken down into two basic categories: injury/suspension risk and production risk. Within production risk, subcategories such as role risk, age risk, and Trent Richardson risk (not being good at football) exist.

While there's risk that Beckham's production drops from top-three wide receiver level to more like top-10 wide receiver level, there's very little risk it drops further than that, especially given the bust rate numbers linked above. Beckham is the Giants clear number-one receiving option, he's young, and he's pretty clearly good at football. It would be downright shocking if someone at his age and with his prior production stopped producing like or close to a WR1 while staying healthy. Even if his touchdown production regresses dramatically, Beckham's yardage and reception value should make him a productive fantasy asset.

Beckham's injury risk is certainly greater than most of the other wide receivers being drafted around him. He missed the first four games of last season with a hamstring injury, later said that it never fully healed, and minorly injured his other hamstring this offseason, causing him to miss OTAs. Of the semi-consensus top-five wide receivers -- Beckham, Antonio Brown, Demaryius Thomas, Dez Bryant, Julio Jones -- only Jones has a similarly checkered injury history.

Beckham's injury history gives him elevated risk, but he's still only suffered one injury that has actually affected his ability to perform during the NFL season. He certainly doesn't deserve the injury prone label yet, and doesn't have the type of outsized injury risk that should change his draft stock.

If you draft a receiver as the first wideout off the board and he only finishes as WR9, you didn't get great value on your pick, but you also probably didn't submarine your entire season. The chances of Beckham finishing this season as at least a low-end WR1 are very high (his low-end, worst-case production within his confidence interval, according to our projections, places him as a low-end WR1), making him a palatable risk as high as first overall amongst wide receivers.

Making the argument for Odell Beckham's immense upside is easy. In only 12 games last year, he finished as the fifth-best wide receiver in standard scoring and sixth best in point per reception (PPR) scoring. The proprietary metrics at numberFire back up Beckham's dominance, as he was eighth in Reception Net Expected Points (NEP) amongst wide receivers despite his shortened season.

Extrapolating those numbers to a 16 game season, Beckham would've finished first in standard scoring, first in PPR scoring and, shocker, first in Reception NEP. Using the 16-game numbers, Beckham would've had an NEP of 157.35, fourth since the turn of the century, behind only 2003 Torry Holt, 2012 Calvin Johnson, and 2002 Marvin Harrison.

Based on the information above alone, Beckham has enough upside to justify being the first wide receiver taken. However, his upside exceeds even what the prior data would suggest for two main reasons.

First off, Beckham was a rookie last year. It's generally accepted that rookies improve from year to year. Yes, Beckham's first season isn't really comparable to any other rookie ever, but if we apply the same thought process to Beckham that we do to literally every other rookie, he has some upside of improving as a football player, and thereby improving his fantasy output.

After returning from his hamstring injury, Beckham was slowly introduced to the Giants offense with target totals of 5, 4, and 6 in his first three games, respectively. In those games, he did score three touchdowns, but he never eclipsed 50 yards or 5 catches. The following week (Week 8) the Giants were on their bye, and only in Week 9 did they fully unleash Beckham's talent, making him their primary receiving target.

The point is, Beckham could regress by a full two points per game from his scoring average once he became his team's first receiving option next season and still be fantasy's clear top receiver. In other words, Odell Beckham could lose a full 5.33 touchdowns off the pace he established in his time as his team's number-one receiver, and he would still produce a historically great fantasy football season.

That type of upside isn't just immense -- it's literally unheard of. Odell Beckham's prorated season from those nine games would surpass 1995 Jerry Rice as the highest scoring fantasy season ever, in both PPR and standard formats.

It's extremely likely Odell Beckham will regress from that nine-game pace, but he could regress significantly and still return value, even if you drafted him as the first overall wide receiver.

When I play fantasy football I play to win my league, not just to make the playoffs. Beckham has enough safety that even if he finishes as a low-end WR1, a league-winning team could be built around him. He's also the only wide receiver in this year's entire crop who has true championship-winning upside.

That's why I'll be drafting Odell Beckham as the first wide receiver off the board anytime I decide to try and draft a first or second round receiver.

NFL Week 7 Power Rankings: Are the Packers as Good as Their Record Suggests?