How Will Jeremy Hill and Giovani Bernardâ€™s Workload Look This Season? 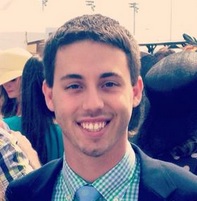 It was a bit surprising when the Cincinnati Bengals used their 2014 second-round pick on LSU running back Jeremy Hill after drafting Giovani Bernard in the second round the year prior. It only took a Week 8 injury to Bernard, though, for Hill to steal the starting spot for the rest of the season.

Both Hill (9th) and Bernard (18th) finished the season ranked in the top 20 running backs in fantasy scoring in 2014. They both also finished the year with over 1,000 yards from scrimmage. Cincinnati also ran the ball on 48.2% of its plays in 2014 which was best for fourth in the league. This bodes well for the team with Hue Jackson still leading the offense. Itâ€™s obvious that the Bengals have a talented running back group, but what is to come in 2015?

Before answering that question, letâ€™s take a look at how they performed last season.

Despite missing three games in 2014, Bernardâ€™s raw statistics looked relatively similar to Hillâ€™s. Check out their cumulative stats, including their Net Expected Points (NEP) metrics (which indicate how a playerâ€™s performance on any particular play affect his teamâ€™s expected point total). NEP ranks are among the 43 backs with at least 100 carries in 2014.

Hillâ€™s efficiency was vastly superior throughout the season, even after accounting for his five fumbles (two lost). His Rushing Net Expected Points total of 20.63 ranked fourth among running backs with at least 100 carries, only behind Marshawn Lynch, Justin Forsett and Jamaal Charles. What is even more impressive is that he netted that total after only getting 50 carries in the first seven games of the season. Hill also ranked as the leagueâ€™s best in his Success Rate of 48.65%, meaning nearly half of his carries resulted in increases to the Bengalsâ€™ expected point total.

While Hillâ€™s Rushing NEP and Success Rate were among the top five in the league, Bernardâ€™s -6.62 Rushing NEP and 36.31% Success Rate left him right around the middle of the pack of running backs across the league. Bernard was much more efficient in the passing game, where he achieved a 19.04 Reception NEP score, which ranked eighth among the 43 eligible running backs. Bernardâ€™s quickness and agility allow him to be a strong weapon out of the backfield, while Hill is better suited to stay heavily involved in the ground game.

The Tendency to Run

Itâ€™s well known around the league that Jackson likes to run the ball when he is in charge of an offense. As numberFireâ€™s Jason Schandl pointed out recently, Jacksonâ€™s offenses are usually one of the most run-heavy teams in the league. That is even truer when it comes to his red zone play calling. This bodes well for both Bengals star running backs, as they both should see a generous workload with Jackson at the helm.

When Are They at Their Strongest?

If you watched many Bengals games in 2014, one thing seemed to constantly stick out when it comes to the running backs. As the game would go on, Bernard would start games hot but would tire and become much less effective or even noticeable on the field. On the other hand, Hill seemed to get better as the game went on.

I dug a little deeper and found that out of the 20 longest plays involving Bernard in 2014, only four of them came in the second half. Bernard just simply wasnâ€™t as effective after halftime last season, but thatâ€™s when Hill stood out. Of Hillâ€™s longest 32 plays, 13 of them were in the fourth quarter alone. While Bernard seemed to reach his peak after approximately 15 touches, thatâ€™s when Hill turned on the motor and ran his best.

This is something that Marvin Lewis and Hue Jackson need to note moving into 2015 to maximize the potential of this 1-2 punch.

While itâ€™s certain that Hill has done more than enough to warrant the starting position, itâ€™s not unfathomable to think that both running backs could finished inside the top 15 if Jackson and Lewis utilize them often and when they are at their best.

Can We Find Fantasy Football Production in a Crowded Cleveland Brownsâ€™ Backfield?