I was talking to a friend about fantasy football, and he was pissed. He drafted Montee Ball at the tail-end of the first round of his draft last year, and Montee Ball gave him a Kanye-West-at-the-Grammys-type performance.

"I'm never drafting a running back that early again," he told me.

That doesn't necessarily translate to fantasy football though.

These types of conversations -- like the one I had with my friend -- always get me fired up. Mostly because I'm a fantasy football nerd, but also because the discussions are completely anecdotal. That's great, pal -- you got Montee Ball. I'm sorry. But guess what? Thousands -- millions -- of people drafted Marshawn Lynch or DeMarco Murray instead. You just got unlucky.

The reason fantasy owners aren't wanting to draft running backs early is because they bust -- they finish way below where you selected them -- far too often. Last year, however, I showed why this way of thinking was a little broken. While early-round running backs do bust at a higher rate than other positions in fantasy football, they bust at an exponentially worse rate as you move through the draft. In other words, drafting a running back early is more about playing probability than anything else -- if you don't get one early, you're throwing darts. You might as well not get them at all.

Let's approach the fantasy football running back dilemma from a different angle. Rather than looking at bust rates or doing VORP analysis and comparing the results to other positions, let's just keep things simple.

Let's profile an elite running back.

What tiers show us is value. When a set of players is much better than the next set of players, those better players are more valuable.

Over the last five years in fantasy football, we've seen a very common trend: there is always -- always -- a tier of elite running backs when analyzing after-season results.

There is always a group of running backs who are way, way better than the rest of their peers.

The graphs below explain this notion better than I probably can. Each one represents the ranking of the running back (x-axis), and the number of points scored in PPR leagues during that season (y-axis).

I've used a circle to highlight where these top tiers exist. You'll notice that, after the top tier, there's more of a linear relationship between running back ranking and fantasy points scored. To put this another way, when you move down the postseason rankings, running backs tend to decrease in fantasy points scored at a similar rate, giving them less of a true edge. (Note: Arian Foster broke everything in 2010.) 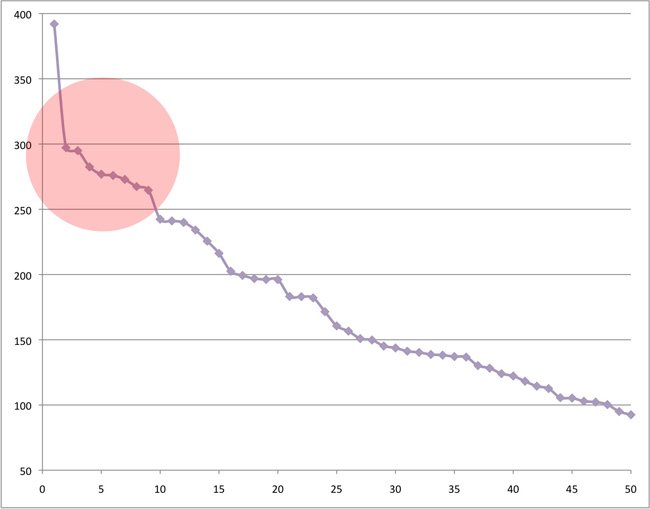 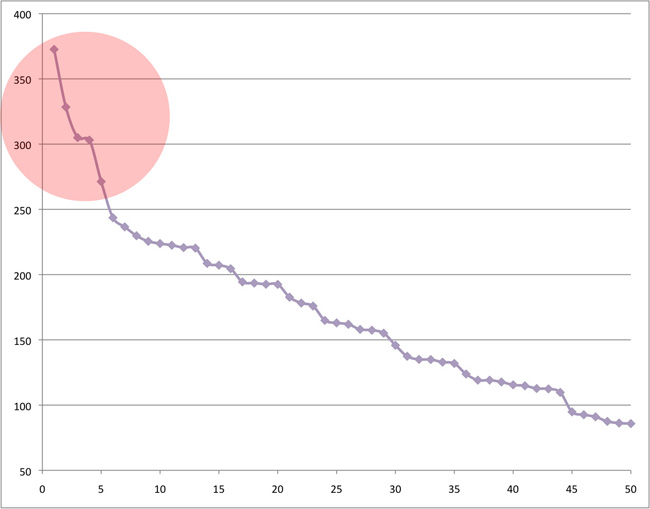 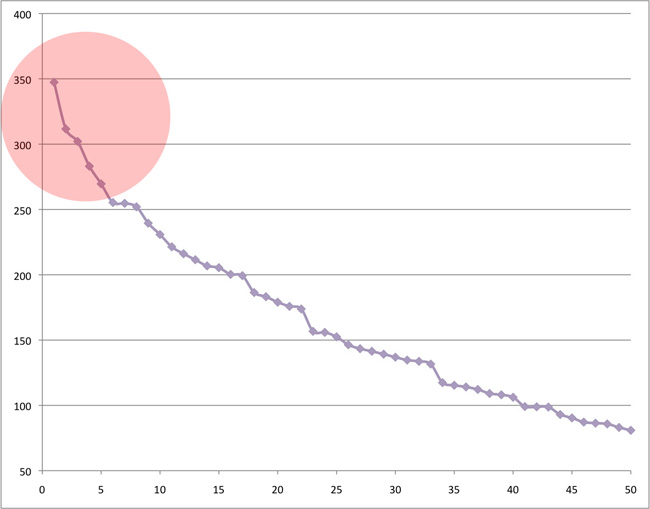 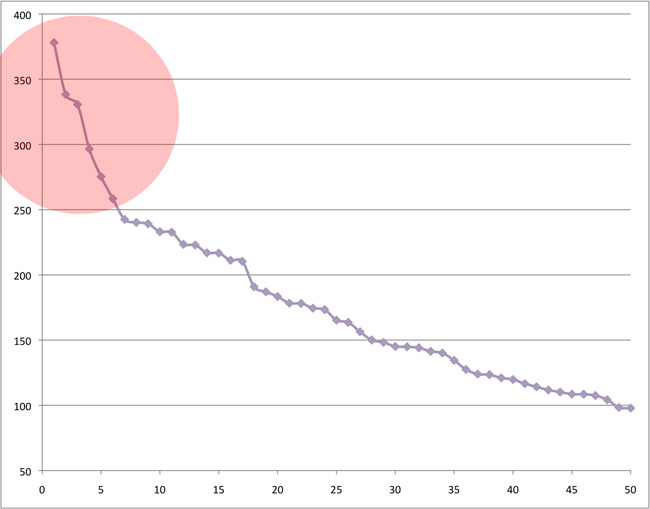 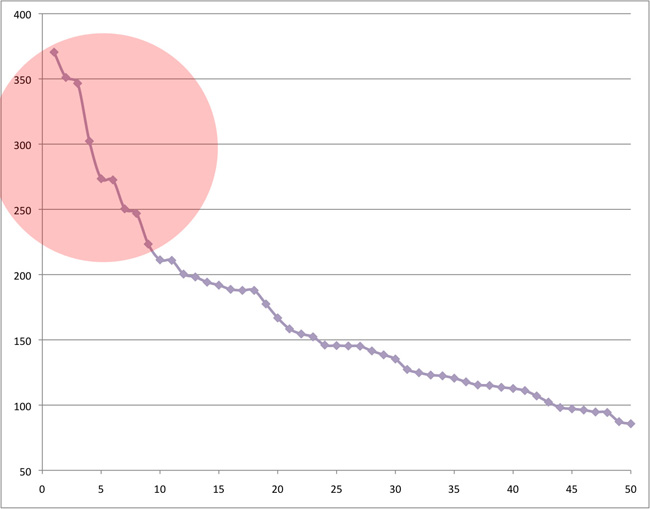 You can make a strong argument that the most valuable players in fantasy football are, indeed, elite running backs. No position generally sees such a difference in fantasy points from the top guys to the bottom-tiered ones (value over replacement player, essentially), and as I documented last offseason, the number of "usable" weeks from top-notch backs is unmatched.

I don't really want to get into that side of things here, however. Right now, let's just focus on profiling who these studly running backs are.

Profiling an Elite Running Back

In the graphs above, we have 34 running backs who could be considered "elite" -- they're the guys who are giving you the biggest advantage at the running back position. The next logical question we should ask is, "Where are these running backs typically drafted?"

If, say, only 30 percent of the elite running backs in fantasy football were actually selected in the first five rounds of fantasy drafts, then you'd almost certainly wait on the position considering that low rate of hitting. That seems logical. And actually, a lot of people believe in this notion.

However, it's not really true. When you compare these 34 running backs to MyFantasyLeague.com's average draft position data (12-team PPR leagues, real drafts occurring after August 1st), you begin to get a profile. You begin to see what a true elite running back looks like.

Of the 34 running backs, 16 were drafted in the first round of fantasy drafts. Another 10 were selected in Rounds 2 and 3. Only three -- yes, that's three -- were selected beyond Round 10.

And interestingly enough, it seems like we've become more predictive when it comes to elite running back performance as well. The 2010 season is part of this data set, which was the year Arian Foster went bonkers and broke out. That season, he was drafted in the late-fifth round. That season, too, according to ADP data, four of the nine elite running backs were drafted in Round 4 and beyond.

Now, fantasy football is a weekly game, so yearly results only give us a high-level look at what's actually happening on the fake gridiron. Teams can certainly pick up a player like CJ Anderson, get seven usable, top-24 weeks from him, and win fantasy championships. But if you're looking for year-long success at the position without having to fight on the waiver wire for assets everyone wants, the truth is very clear: you have to spend money to make money.