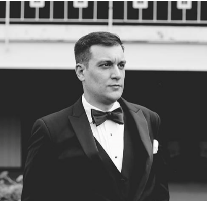 Brian Phillips  —  @@BPhillips_SB Sep 5th, 2019
Share on Facebook Share on Twitter
With Lamar Jackson's rushing floor, should we be targeting him against this weak Dolphins' defense? What other players should you consider this week?

Folks -- we've made it. Week one of the NFL season has arrived, and with it, a full 16-game slate of games.

From a daily fantasy perspective, with every player available and each team carrying a litany of unanswered questions into their first meaningful game, it can seem like pure chaos. However, with very few injury surprises, and salaries being determined in August, there are a ton of value plays and opportunities for ownership leverage at every position group.

Here are a few options to help you sort through the clutter.

Jameis Winston ($6,600): Yes, he's third-highest priced quarterback on the slate -- but for good reason. The San Francisco 49ers allowed the most touchdowns to the wide receiver position in 2018 (27) and ranked 29th in the NFL in Adjusted Defensive Net Expected Points per Pass (Adj D PNEP). Cornerback Jason Verrett -- the offseason addition the 49ers are hoping can remedy the situation -- missed the entire preseason with an ankle injury, and his status for week one is up in the air. The tilt between the 49ers and Winston's Tampa Bay Buccaneers also provides the third-highest projected game total of the 16 games around the NFL this week.

Lamar Jackson ($6,000): The Baltimore Ravens are one of the week's biggest favorites (-7.5, on the road against the Miami Dolphins), which is the primary reason Jackson owns numberFire's highest projected DraftKings point total for quarterbacks heading into week one. Jackson averaged 18.6 fantasy points as a starter in 2018, and he has a new host of weapons in his arsenal to go along with what projects to be a league-high rushing volume among quarterbacks this season. Miami is an excellent spot for Jackson and company to get their year started off on the right foot.

Kyler Murray ($5,600): If you're looking to go with a value strategy at quarterback in week one, Kyler could be the ticket. His 5.4 yards per attempt and 77.7 QB Rating in the preseason may be enough to drive his ownership downward, but keep in mind that the vanilla offense we saw from the Arizona Cardinals this summer was a far cry from the up-tempo attack Kliff Kingsbury plans to deploy this season. A fast-paced scheme, coupled with Murray's potency when scrambling, should be more than enough to offset the negatives he could experience through the air as he adjusts to NFL coverage. It also helps that he'll be facing a Detroit Lions defense ranked 26th according to numberFire.

Chris Carson ($5,700): It's pretty straight forward here. In 2018. Carson averaged 19.1 touches per game in the 14 contests he was active for, on a Seattle Seahawks offense that ran the ball at a higher clip than any other team in the league. He's also facing what projects to be an extremely favorable game script on Sunday, as Seattle is favored by 10 points at home against the Cincinnati Bengals. As the 15th-highest priced running back of the week, Carson's soft pricing should make him fairly popular, but the high floor he presents should allow you to take some ownership risks elsewhere in your lineups.

Miles Sanders ($3,900): In terms of positive game scripts for running backs, your next-best bet after the Bengals' tilt with the Seahawks is going the Philadelphia Eagles (-10) hosting the Washington Redskins. Philly is tied with the Kansas City Chiefs for the largest Implied Total (27.5 points) heading into the weekend, which means there will be a ton of opportunities for touches and points for the Eagle's running backs. While it has yet to be determined how the carry share will shake out, Sanders -- a third-round draft pick this past spring -- started the team's week-two preseason game against the Jaguars, notching 31 yards on six carries, showing he's going to be heavily involved in the offense. His $3,900 price tag, coupled with an opportunity for volume against a run defense that ranked 25th Adjusted Defensive Net Expected Points per Rush (Adj D RNEP) last season, could make him a key cog in successful tournament lineups this weekend.

Dion Lewis ($4,700): If you want to make noise in larger tournaments, you know you're going to need some differentiation. With popular names like LeSean McCoy, Matt Breida, and Mark Ingram within $400 of Lewis, he's sure to be a nice pivot from an ownership standpoint. He also has a few things going for him.

1. Derrick Henry says he's good to go, but he's been out for practically all of training camp with a calf issue. He also failed to crack 58 yards in any game during the first 12 weeks of 2018, while Dion Lewis -- one of the league's most elusive running backs -- out-snapped him from the pass-catching back role.

3. Game script. The Tennessee Titans are five-point dogs on the road in Cleveland this weekend, so expect Lewis to be utilized frequently in his role as the passing down back -- giving him the opportunity to cash on that positive regression.

Mike Evans ($7,900): Deploy Evans -- who has been practicing this week and is a go for Sunday --- for all of the same reasons that Jameis Winston was listed above. The Bucs' match up with the 49ers is slated to be a shootout featuring two poor pass defenses, meaning that even at the lofty price of $7,900, Mike Evans can be a foundational piece to build your fantasy roster around.

Dede Westbrook ($4,800): The Jacksonville Jaguars are going to have to throw the football to keep up with the high-powered Chiefs offense. The good news is that no team in football allowed more passing yards than Kansas City last season. And, with Nick Foles replacing Blake Bortles in 2019, third-year wide receiver Dede Westbrook -- who has already developed a rapport with his new signal caller -- finds himself as the top option to seize that volume opportunity.

Robert Woods ($6,400): The contest third-highest over/under this weekend takes place in Charlotte, as the Los Angeles Rams take on the Carolina Panthers on Sunday. In a game with huge shootout potential, you'd be wise to roster the 2018 NFC Champ's highest-targeted player. Especially since Woods should draw a good bit of coverage from James Bradbury -- Pro Football Focus's 60th-ranked cornerback from 2018.

Travis Kelce ($7,100): With Jalen Ramsey and A.J. Bouye securing the outside for the vaunted Jaguars secondary, attacking the middle of the field just might be the ticket this weekend for Patrick Mahomes and company. Kelce's price tag is a steep $7,100 for a reason: he carries numberFire's highest projected touchdown probability of any skill position player on this week's slate.

Delanie Walker ($3,500): Save your money and go with the value play. For some of the same reasons we mentioned above with Dion Lewis, Walker should experience a productive negative game script, and against a defense that allowed the 30th most fantasy point to tight ends a year ago.

Philadelphia D/ST ($3,600): Perhaps the chalkiest of all plays this week, the Eagles' defense hosts a Trent Williams-less Washington offense led by Case Keenum. Keenum -- a year removed from his aberration in Minnesota -- threw 15 interceptions a year ago and will have to contend with a healthy Philadelphia front seven pinning their ears back with a lead.