Is David Johnson Worth a Top-6 Pick in Fantasy Football in 2019? 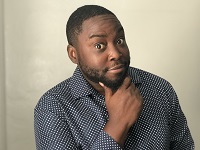 Once upon a time, back in 2016, David Johnson ran roughshod over the league on his way to his one and only 1,000-yard rushing season. That year, Johnson also finished with the most receiving yards he’s had in a single season, going for 80 receptions for more than 800 yards and eclipsing 2,000 yards from scrimmage.

Finishing as RB1 in PPR formats, nearly 30 points ahead of the number two overall fantasy scorer, Aaron Rodgers, Johnson was the belle of every fantasy ball going in to 2017. But he got hurt in Week 1, missed the rest of the year and wasn't quite the same player in 2018, even though his immense volume helped him to an RB9 finish in PPR formats.

Can Johnson can get back to his elite-ceiling ways in 2019 and deliver on his sky-high price, which is the sixth overall pick, per ADP data from Fantasy Football Calculator?

The very best players oftentimes reach household name status that generates such a high level of buzz that only a nickname -- “DJ” in this case -- lets everyone know who’s being referred to. In this instance, it's justified.

DJ has been a true workhorse when he's been healthy, getting the volume necessary to be an elite fantasy producer.

Taking his injury-shortened 2017 out of the equation, Johnson's rushing market shares from 2016 (73.62%) and 2018 (74.35%) were the second-ranked marks in their respective seasons. In both of those years, he also amassed a top-30 target market share clip among all backs, showing his duality at the position.

If volume is truly king, then there can be no argument that Johnson certainly belongs among the pantheon of the most valuable fantasy backs in the league.

But the Cracks Begin to Show

But not all is as simple as it seems at a glance. Digging deeper, even in those seasons in which he was heavily used (2016 and 2018), Johnson never hit a positive mark in Rushing Net Expected Points (NEP) per carry.

In 2018, Johnson was the sixth-lowest rated rusher in the league in terms of Rushing NEP per attempt among backs with at least 150 carries, at a clip of -0.11, meaning he, on average, cost the Arizona Cardinals 0.11 expected points on every carry.

Of course, Arizona had a pretty horrible offense all around in 2018, checking in as the 12th-worst offense since 2000, per our schedule-adjusted metrics. Kyler Murray and new head man Kliff Kingsbury should help, but the Cards are going to look pretty similar up front, which isn't a good thing. In 2019, Arizona will return three starters to the offensive line who were on the squad a year ago, and we have been witnesses to a less-than-spectacular start to the preseason from this group.

The limitations of this line are also borne out statistically as, noted below, Johnson was -8.7% Success Rate Over Average in 2018. From left to right, Johnson struggled to find space regardless of where he ran. 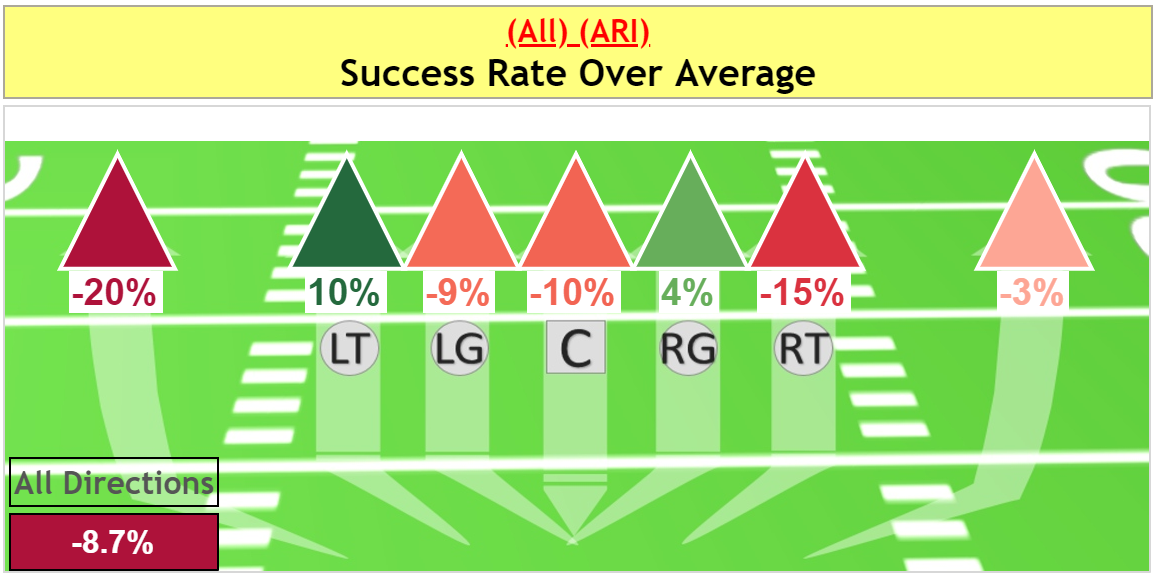 If running for Johnson is a -EV (expected value) affair once again, it's up to his receiving prowess to pick up the slack.

Last season, DJ had the lowest Reception NEP per target clip among backs with 50 or more targets, and he did so while receiving the sixth-most targets in the league at the running back position.

With the huge volume Johnson saw last season, it is fair to question whether new head coach Kingsbury’s expected up-tempo system will truly move the needle for Johnson this year. Chase Edmonds remains in the fold to carry some of the workload as do the plethora of new receivers the Cards drafted this spring. If we are to put most of the onus on players to own their production, the Cardinals' roster moves this season don’t look unfailingly positive for Johnson.

Some fantasy pundits are expressing concern about high-priced backs like Saquon Barkley and Joe Mixon due to deficiencies on their offensive lines or offensive situations as a whole. DJ’s name should be brought up in those same conversations.

While it's easy to dream on the elite upside Johnson showed in his his overall RB1 finish three seasons ago, failing to factor in his struggles even with massive volume last year would be consciously refusing to consider the whole picture. Murray and a the expected uptick in pace with Kingsbury at the helm are reasons for optimism, but they don’t do much to paper over some of the negatives in Johnson’s 2019 profile.

Johnson could be looking at a season similar to last year, when he stayed healthy and rode workhorse volume to an RB9 finish in PPR formats. The expected volume should keep DJ in the first-round conversation this year, but I believe he is overpriced as the 1.06 in season-long PPR leagues.