Why Matthew Stafford Is Overrated in Fantasy Football 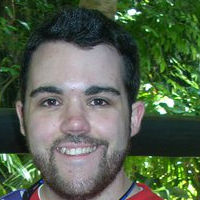 From the outside, a boat can look like a glorious vessel with seemingly endless possibilities. Escape to far-off destinations. Take the family out for a relaxing weekend. Host a party full of beautiful bikini clad women just like in the advertising flier. The problem is, owning one can be a completely different story.

A common joke amongst the nautical hobbyists is that â€œboatâ€ truly stands for:

Break Out Another Thousand

This is because owning a boat comes with many, costly frustrations. The fuel costs are astronomical. They break down and need constant maintenance. You have to ask yourself, is ownership truly worth the cost?

Matthew Stafford is the NFLâ€™s boat.

Coming into the league, Stafford had endless possibilities. Drafted first overall out of Georgia, the kid with a cannon for an arm had potential to be elite. He was that shiny new boat on the showroom floor.

Unfortunately, Injuries started plaguing him. Knee and shoulder problems eventually cut short his rookie campaign, but thatâ€™s only part of the story, as heâ€™s certainly had his stints on the sidelines due to injuries over his career. The true cost of ownership has been his penchant for throwing interceptions. This is where the â€œcostsâ€ truly start to mount up. These turnovers not only take away from overall value in regards to personal performance, points, and statistics, but from the team and their chance to win. This is reflected in our Net Expected Points metrics over the course of his career.

These statistics, especially early on in his career, are rather underwhelming. The worst part is that he's consistently ranked high in fantasy football, when the numbers don't necessarily add up.

For context with regards to this, take a look at how he's ranked below over the last three years - his good seasons in the league - versus other quarterbacks in the league.

Staffordâ€™s 2011 was a great example of his potential. The problem is that this level of performance has actually been the exception rather than the rule. Yet, most fantasy owners seem to continue to hold onto this as reason to draft him high (as well as the ridiculous number of attempts he throws each season), despite his finishing 11th and 7th in fantasy scoring at the position over the last two years.

He's still being selected as a top-five quarterback according to FantasyFootballCalculator.com.

Sure, he has probably the best wide receiver in the league at his disposal in an offense that has had him among the league leaders in pass attempts, but history has shown it to be folly to trust in Stafford at his price tag. Historically, youâ€™re paying top dollar price for what, at the end of the day, is a very average to above average product.

This is a league where quarterback mobility is becoming more and more valuable, and unless one excels in the passing game while lacking mobility (e.g. the truly elite quarterbacks), then a level of mobility is a prerequisite to success in the NFL, both in real life and fantasy. But Stafford lacks this versatility. His highest rushing total for a season was 126 yards in 2012. Other than that, he totaled 69, 78, 11 (in three games in 2010), and 108, and has never ranked high within our Rushing NEP metric.

While passing game guru Scott Linehan departed Detroit for Dallas (yay for Dez!), the Lions did bring in another impressive offensive mastermind as their new offensive coordinator. Joe Lombardi, who came out of New Orleans, could very well take Staffordâ€™s game to the next level. But unless he somehow slashes the interception total, paying Stafford's current price is a tough thing for me to do.

There are plenty of other options to be explored at the quarterback position with similar (or better) level of performance at much more of a discount. Signal-callers like Andy Dalton and Philip Rivers, who are being selected much later than Stafford, finished higher than Stafford did a season ago. Despite this fact, there are still 10 to 12 quarterbacks being taken in between Stafford and Rivers/Dalton. You're investing a whole lot less in quarterbacks likely to have similar, if not better production.

Stafford is currently our sixth-ranked quarterback in fantasy this year, and spending a high draft pick on a quarterback, in general, could get you in trouble this year.