Is This the Year to Finally Trust Kenny Britt? 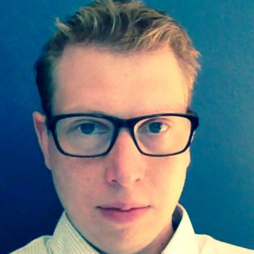 Disappointments happen in life. And one of life's biggest disappointments is having Kenny Britt on your fantasy football team. Britt has been a recurrent target in later rounds of fantasy drafts due to his big upside, but typically he only wastes lineup spots and eventually flames out.

Thus far in his career, Kenny Britt has been the walking embodiment of wasted talent. Big potential, bad knees, bad attitude, and frequent run-ins with the law are just part of the fun that goes along with Mr. Britt. Is there any reason for optimism in 2014 with his new Rams team?

Britt has been reunited with his old Head Coach and friend, Jeff Fisher. Even though Britt's time with the Titans ended poorly, Fisher lobbied to bring him into the fold in St. Louis. Reports out of organized team activities have Britt showing good speed, good ability to get behind the defense, and Britt brimming with confidence. He is excited to start a new chapter in his life and has been quoted in the St. Louis Post-Dispatch as saying, "My mind's free, I'm relaxed right now. I'm taking this year as a rookie year." A good mind set couldn't hurt his chances of returning to his previous form, but can we expect it to last?

St. Louis has a plethora of young receiver who were chosen highly in the NFL Draft: Tavon Austin, Stedman Bailey, Brian Quick, and Chris Givens. However, none of these players have lived up to their potential which, creates a vacuum at the receiver position which Britt may be able to fill. The Rams biggest deficiency is at the X position, which means Quick and Austin Pettis will battle Britt for that role. Bailey will be suspended for the first four games of the season due to performance-enhancing drugs, which helps to open the door further for Britt's reemergence. He won't have to be great to find targets in this receiving group.

Offensive Coordinator Brian Schottenheimer may give us reason to pump the brakes on Kenny Britt rising like a phoenix in 2014 though. Schottenheimer's offense has typically been run-heavy and based on a short passing game. In 2013, the Rams found their running game behind Zac Stacy and were the 10th-most run-heavy team in the league. The Rams have further bolstered their offensive line with the first round selection of tackle Greg Robinson, and will likely attempt to pound the rock in 2014 with Stacy and company. Schottenheimer was unable to utilize speedy Tavon Austin in 2014, and has shown a lack of creativity in utilizing weapons properly. The Rams may continue as a run-first team in a run-first division which may limit Britt's potential volume.

It's funny that he landed in St. Louis, as his new quarterback's career is eerily similar to his own, just from an on-the-field perspective. Sam Bradford has been given countless chances to prove that he is a starting caliber NFL quarterback and has failed. Britt and Bradford's careers will hinge on both of these long shots getting on the same page. If not, it is likely the Rams will have a new starting quarterback in 2015.

The Good and the Bad of Kenny Britt

If you're new to fantasy football, you may be wondering what Kenny Britt has ever done. He was once drafted in the first round of the NFL Draft as the 30th pick by the Titans. Measuring in at 6'3" and 223 pounds, he ran a 4.47 40-yard dash. His strength and physicality is what set him apart, benching 23 reps at the NFL combine, which is the sixth-best since 2006 for at the wide receiver position. And in 2010, his second NFL season, Britt exploded for 775 yards and 9 scores in just 12 games. This is essentially why fantasy owners keep going back to him despite rarely staying on the field.

But with the exception of 2010, Kenny Britt's career has been a train wreck. He's had nine incidents with law enforcement since entering the NFL. But what's just as bad from an on-the-field perspective is his medical report. Since entering the NFL, Britt has had a right knee anterior crutiate ligament (ACL) tear, a right medial collateral ligament (MCL) tear, a right knee ACL revision, and a left knee arthroscopic surgery. Britt's right knee ACL and MCL injury occurred in 2011, and since that time, he's been a shell of himself.

The reason for optimism lies in his 2009 and 2010 campaigns, where he caught 42 passes in each. He was able to play in 28 games, and accumulated 1,476 receiving yards - about 53 yards per game. His Reception Net Expected Points (NEP) totals - the number of points added for his team on catches only - during those two seasons equated to 55.91 and 73.40, respectively. To put that into perspective, we've seen 242 wide receiver seasons since 2000 where a wideout has caught between 40 and 50 passes. Britt owns three of those campaigns, with his sophomore season ranking 16th. Moreover, that same season ranks fourth among the massive sample in Reception NEP per target, meaning Britt was certainly elite among the group on a per target basis.

The issue is that, as noted, he hasn't been able to stay healthy since 2010, starting a total of 17 games since. And his production - even on a per target basis - has dropped dramatically as a result.

Britt's average draft position according toFantastyFootballCaclulator.com is so late that he deserves a tentative thumbs up in the 13th round as the last player you add to your squad before your kicker and defense. He does have potential to be the number one target in St. Louis, and has more upside than players being drafted around him, like Andrew Hawkins, Markus Wheaton, Miles Austin and Brian Hartline. That is, of course, based on his 2010 campaign that was top-notch.

It's not a terrible idea to draft Britt as a flier, but it's probably not smart to rely on him as anything but that. After all, he's barely on our radar according to our projections.

Is Sam Bradford Worthwhile in Fantasy Football This Year?