Is Second-Year Wideout Kenny Stills Ready for a Breakout Season? 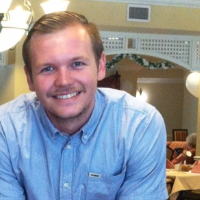 As an Oklahoma Sooners fan, I've been fond of second-year wide receiver Kenny Stills since he set the school record for most receptions (61) and yards (786) by a freshman. He finished his three-year career in Norman with 204 receptions, 2,594 yards and 24 touchdowns. In turn, I saw him as a straight steal in the fifth round of the 2013 NFL draft.

Stills showed why that was the case in 2013, even as the sixth-most targeted player on the Saints, accumulating 32 receptions, 641 yards and 5 touchdowns. He made an immediate impact as the fastest receiver on the roster, and was among the best in the league at exploiting defenses over the top. Entering 2014, there are still a number of mouths to feed in New Orleans, but the table is set for Kenny Stills to have a breakout season.

In 2013, the New Orleans Saints had five players with at least 500 yards receiving, four with at least 70 receptions and six with at least 50 targets. They had the fifth-highest pass-to-run ratio in the NFL, throwing it 62.48 percent of the time. However, this lopsided approach didn't limit the production of its backs in the slightest way. Let's take a look at how Stills stacked up to the rest of the Saints offense in the passing game:

Stills' Reception NEP of 57.99 was middle-of-the-road at best last year, largely because he had fewer receptions than most. Meanwhile, he had the 23rd-highest Target NEP at 42.77 thanks to the "Drew Brees Effect" (Both Marques Colston and Jimmy Graham finished in the top 11 in Target NEP). What's most important here though is that, when looking at Reception NEP per target, a stat that looks at Reception NEP efficiency on a per-target basis, Stills recorded a 1.16 average, the highest mark of any receiver with at least 20 targets. In other words, when he actually was targeted, he was doing big things. That's thanks to some monster plays, which we'll look into shortly.

But with Darren Sproles and Lance Moore taking their talents to Pennsylvania this offseason, and given that the Saints are one of the most pass-heavy schemes in football, there's undoubtedly room for Stills to flourish this season, especially with his ability to stretch the field.

When you think of the NFL's most productive downfield receivers, guys like Josh Gordon, Alshon Jeffrey and Calvin Johnson are the first to come to mind. But what about Stills, who led the NFL with 20.0 yards per reception in 2013?

According to Pro Football Focus, Stills had the 13th-most receiving yards and 4th-most touchdowns on balls thrown at least 20 yards in 2013. When you look at his numbers in that regard, it's amazing what he was able to achieve when compared to his counterparts, given his limited opportunities.

Stills scored on all but one of his 20-plus yard receptions, and finished 2013 with more yards and touchdowns on deep passes than Antonio Brown, Andre Johnson and Dez Bryant.

Why He's In Prime Position To Breakout

As i mentioned earlier, with Darren Sproles and Lance Moore out of the picture, there will be plenty of opportunities up for grabs on the Saints offense. Let's simplify table one and take a deeper look at what the Saints lost this offseason.

There are touches to be had and points to be scored, and Stills is in prime position to alleviate their losses. Darren Sproles and Lance Moore will take about 150 targets with them to their respective teams, leaving a hole in the Saints offense. The question is, will Stills fill that hole, or will a newcomer to the team take some looks?

The only thing holding Stills back from making a huge statistical leap this year, aside from injury, is the Saints' 2014 first-round pick and former Oregon State wide receiver Brandin Cooks. A versatile weapon, Cooks is expected to line up both on the outside and in the slot, and play an important role in their offense. With the former Beaver's arrival, Stills is no longer the fastest wide receiver in the bunch - Cooks ran a 4.33 40 compared to Stills' 4.38 - but could certainly benefit from his versatility and ability to stretch the field, which, combined with Graham, could certainly open up the field for the rest of the New Orleans playmakers.

Without a doubt, Stills is in line to top his 2013 numbers, but by how much? He certainly should see his Reception NEP per target dip as a result of more volume, but if he's able to sustain his 2013 average in the slightest, he could become a great asset in 2014. The issue is Brandin Cooks, and how much volume the rookie receiver will see himself. But with Graham running a muck all over the field, Colston on one side and Cooks' potential to stretch the field or produce intermediately, it's hard not to love the upside Stills has this year.