Fantasy Football: How Do Quarterbacks Perform When Challenged By First-Round Picks? 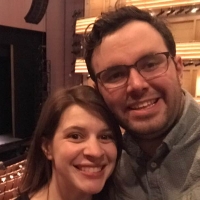 Patrick Waterman  —  @patwtweets Jul 24th, 2018
Share on Facebook Share on Twitter
Five quarterbacks went off the board in the first round of the 2018 NFL Draft. What can we expect from Joe Flacco and other veteran signal callers this season?

In the 2017 NFL Draft, the Kansas City Chiefs traded up to select quarterback Patrick Mahomes with the 10th overall pick. While Andy Reid quickly confirmed that Alex Smith would remain the starter, the message was sent.

If Smith didn't play well, he would probably be benched. Furthermore, with Mahomes as the quarterback of the future, Smith, in all likelihood, wouldn't be the Chiefs' starting quarterback in 2018. As expected, Mahomes will be the team's starter this season after Smith was traded to the Washington Redskins this offseason.

But before all this transpired, Smith enjoyed the best statistical season of his career, and sent the Chiefs to the playoffs for a third straight year. He also broke 4,000 yards for the first time in his career. In seasons where he started more than nine games, he set career-bests in completion percentage (67.5 percent), touchdowns (26), interceptions (5), yards per attempt (8.0) and Quarterback Rating (104.7). He also smashed his previous high in adjusted yards per attempt (AY/A) by a full yard -- finishing at 8.6 -- and bested his highest season-long fantasy total by 24 points.

Was Smith's fantastic season the result of extra motivation? Did he feel Mahomes lurking behind him? Here, I'll explore that notion and take a look at the statistical impact first-round rookies have on starting quarterbacks' performance.

I immediately eliminated any veteran quarterback who started three or fewer games. Starting only two or three games is not a strong enough sample-size to draw accurate conclusions. I also eliminated several veteran quarterbacks who didn't have any record of being a starter in the previous seasons. Derek Anderson is the type of guy I'm referring to here. He was the veteran starter for the Cleveland Browns when they drafted Brady Quinn in 2017. Anderson only played a handful of snaps in his career prior to becoming the Browns' starter, which makes it impossible to determine the effect that drafting Quinn had on him.

I also eliminated cases where the rookie started the season, but then a veteran came in later due to injury or some other reason. An example of this would be Daunte Culpepper for the Detroit Lions in 2009. He started five games that year but only after rookie Matthew Stafford suffered an injury. This left me with a final sample size of 21 quarterbacks.

The next step is evaluating the success of these quarterbacks' performances. But how do we do that?

To judge performance, we're using adjusted yards per pass attempt (AY/A) and Passing Net Expected Points. While AY/A accounts for touchdowns and interceptions, Passing NEP (which we have data for starting in 2000) essentially shows how much a quarterback increases a team's expected point total when he throws the ball. We can also calculate it on a per drop back basis, bringing us to Passing NEP per drop back.

Also note that when evaluating the change in a quarterback's performance I only looked at his two seasons prior to the season in question. It doesn't make sense when looking at Chris Chandler's 2001 season competing with Michael Vick to include data from the late 80s when he was with the Indianapolis Colts.

Now that we've established our process, let's get to the results.

We'll look at some individual examples later, but on the whole, there is no predictable change in a quarterback's performance when a first-round rookie quarterback is drafted to sit behind him. The average changes in AY/A and Passing NEP per drop back are just 0.23 and -.006, respectively.

To put the latter number into perspective, if a quarterback had 600 drop backs in a season, a -.006 change per drop back would result in about 3.6 fewer points, on average, over the course of the entire season. It is worth noting that the sample size we have for NEP is smaller as only 17 of the quarterbacks in our sample size played in our NEP era.

Still, the numbers don't say much. But have their been instances where we've seen major changes in passing efficiency?

In 2004, Kurt Warner was the starter for the New York Giants when they drafted Eli Manning early in the first round. Warner increased his touchdown percentage, yards per attempt, and adjusted yards per attempt, but it cost him as he threw interceptions at a higher rate and completed passes at a lower rate. It's probably safe to assume that Warner felt the need to be more aggressive to keep his job, likely taking more chances (interception percentage) with deeper throws (lower completion percentage), though he was moderately successful with this approach. In terms of Passing NEP per drop back, Warner increased his production by .246 Passing NEP in the 2004 season, compared to the previous two seasons. In other words, he added 1.84 points on his 316 total drop backs.

Drew Brees had arguably the greatest improvement from his previous two seasons in his first season in front of then-rookie Philip Rivers. In 2004, Brees posted a touchdown percentage more than double his previous two-season average (6.8 percent to 3.2 percent). He also scorched his previous statistics, coming in at 3.3 more adjusted yards per attempt. And as a result, his Passing NEP per drop back increased by an astounding .388 compared to his previous two years. At that clip, his 417 drop backs yielded 125.26 Passing NEP for the year, before exiting to New Orleans two years later.

Favre actually had a touchdown rate that was only a little over half of his previous two seasons (3.3 percent to 6.1 percent). Stewart -- in front of Rex Grossman -- somehow managed to produce -.31 points per drop back, which means his passing plays decreased the Chicago Bears' expected point total by 85.29 over the course of the 2003 season.

The most actionable piece of information is probably the fact that there usually is a change in a quarterback's AY/A when first-round competition is brought in. It's just not possible to predict which way that change will occur.

In terms of fantasy football, the insight is similar: There is a (sometimes very large) change in quarterbacks' fantasy production, but it is difficult to predict which way that change will occur. Below shows the difference in quarterbacks' average draft position (ADP) (courtesy of MyFantasyLeague.com) in relation to their season-long finish, or overall rank, among fantasy football quarterbacks. Their points per game (PPG) rank is also listed, which is helpful if they only played a few games.

*Undrafted; given value of QB33.

Unfortunately, this change is negative just as many times as it is positive.

Excluding Steve Young (ADP data not available in 1997), the average change in a quarterback's ADP to their overall fantasy finish is -0.6.

So, on average, a quarterback on a team that drafted a first-round rookie is going to stay extremely close to their ADP. You are just as likely to hit on Alex Smith's 2017 season (ADP: 22, overall rank: 3) as you are to completely whiff on a season like Randall Cunningham's 1999 campaign (ADP: 2, overall rank: 37). There is no statistical evidence that a quarterback is going to play better when he has first round competition.

Fantasy Football: Do Wide Receivers Who Change Teams Live Up to the Hype?

Ranking the Quarterbacks on New Teams in 2018