NBA Odds Update: Are the Jazz Worth a Bet?

Fantasy Football: Royce Freeman is the Denver Broncos' Running Back to Draft 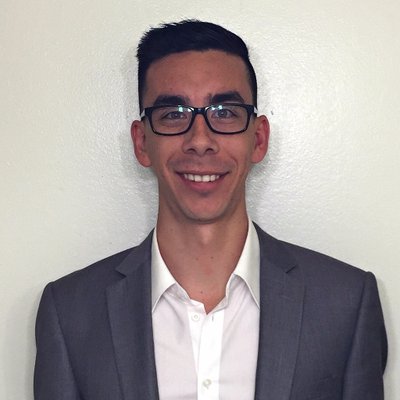 It's the time of year for rookie hype in fantasy football. That means scouring this year's running back class for the next Kareem Hunt or Alvin Kamara, last year's young studs.

In turn, this means finding the guy who could quickly climb the summit of his team's depth chart and walk into 250-plus touches in the running game. Saquon Barkley might be the obvious choice as the top back taken in this year's draft, but may I interest you in one Royce Freeman?

Drafted by the Denver Broncos with the 71st overall pick, Freeman enters a wide-open backfield after running his way through the record books in his four years at Oregon. Things won't be as clear-cut as they were with the Ducks, as he will be battling Devontae Booker and De'Angelo Henderson for playing time. But of the three, is Freeman the one you want to own in fantasy football?

Yes, and here's why.

Obviously, with nary an NFL carry to his name, it will take some projecting to anoint Freeman as head of this backfield from day one. Fortunately, we have a pretty good map for his ability as a workhorse back, thanks to a 4-year, 947-carry career at Oregon. For reference, that's more than any other relevant fantasy back in this class. Yes, even higher than Saquon Barkley's 4-year pace of 894.

To be clear, Freeman is not a better running back prospect than Barkley. Barkley is eons more athletic and explosive, and his upside is much higher due to his pass-catching abilities. That said, Freeman is an extremely proven and reliable ball carrier, who has already shouldered offensive loads equal to those of an NFL workhorse.

Freeman was also adequate as a pass-blocker and receiver, hauling in 79 receptions for 814 yards and 4 scores in college. This time, his stats fall far short of Barkley's, but he does outrank classmates Rashaad Penny, Nick Chubb, Ronald Jones and Derrius Guice -- all of whom were selected earlier in the draft -- in receptions, as well as as Sony Michel and Kerryon Johnson in receiving yards.

Before we go much further, it would be lax to skip over the college production of Freeman's primary competition, Devontae Booker. Running in the same Pac-12 conference (for Utah ), Booker also had a towering -- if limited -- production profile. In only 2 years as a college back, Booker totaled 3,395 scrimmage yards on 560 carries (5.0 YPC) and 80 receptions, along with 23 touchdowns.

In all fairness, Booker's gaudy stats should, theoretically, be just as convincing as Freeman's (except that Freeman did it over a full four seasons). So should we be equally intrigued by Booker? His two years in the NFL say no.

Due to his versatility as a runner and receiver in colleged, many viewed Booker as a potential steal when a torn meniscus caused him to slip to the Broncos in the fourth round of the 2016 draft. Instead, opposing defenses have gotten the real steal over Booker's two season as a pro, as he has coughed up six fumbles while he's averaged only 3.6 yards per carry.

Additionally, when there was a chance he could pass C.J. Anderson on the depth chart in the 2017 offseason, Booker fractured his wrist and missed enough time to essentially lose the job outright. In his limited work last year, the sophomore back was largely unimpressive, and he still has not broken a run for more than 26 yards.

The tape shows that Booker has failed to exhibit the vision he was touted for as a collegiate back, struggling to find the right creases and make the right decisions behind the line and in the Bronco's run-blocking scheme. While he has been much more successful as a pass-catcher -- reaching 30 receptions and 265 yards in each of his first 2 seasons -- fantasy owners, like the Broncos, are looking for a workhorse back to be the central gear of the offense.

While, on the surface, Freeman's third round tag and Booker's fourth round tag don't seem to form a draft capital gap worthy of note, take another look.

Freeman was drafted with the seventh pick of the third round and was mainly available that late because of one of the historically good depth at the position. Booker was drafted as the 38th pick of the fourth round (yes, that's a thing), so the gap was actually about two full rounds.

More importantly, Freeman was drafted this year. Gary Kubiak, who was the head coach in Denver when they selected Booker, is now a Senior Personnel Advisor with the team. He had great success with backs like Arian Foster and Justin Forsett, both of whom were often tied to Booker in player comparisons. And the Broncos even signed Forsett in the latter half of 2016, after suffering through Booker's ineffectiveness, as a replacement for Anderson at the time. Now, the team has set their sights on Freeman, another stocky, jack-of-all-trades, master-of-none running back.

To the prudent observer, this should scream replacement rather than complement. Freeman is a bell-cow in the making, with a physical presence at 6'0", 229 lbs. That makes even the well-built Booker (5'11", 219) look small.

But Freeman's not just a pounder, and Denver knows that. He ran a 4.54 40-yard dash (in the 86th percentile, according to Player Profiler's weight-adjusted speed score) and a 6.9 in the 3-cone drill, the best of the Day 2 running backs drafted this year. His Player Profiler comparison is Steven Jackson, and it's pretty spot on. Reliable, productive and possessing unexpected agility and quickness, Jackson posted eight-straight seasons of 1,000-plus rushing yards. In the right system, and barring injury, Freeman can be that kind of back.

Meanwhile, the Broncos' decision to sign Case Keenum -- rather than break the bank on a superstar or take a quarterback with the fourth pick in the draft -- should tell you something as well. They are okay, at least in the near term, with a solid game-manager who can facilitate a strong run game and utilize play action. Despite losing some pieces, they have an extremely talented defense and a defensive-minded head coach, and that will likely translate to a run-centric, clock-grinding offense. All of this suits Freeman perfectly, while allowing for Booker to contribute as a third-down weapon.

And if you're concerned about De'Angelo Henderson -- the third man on the depth chart -- don't be. He was a sixth-round selection last year, and at 5'7", 208 pounds, profiles as more of a seldom used change-of-pace back. Unless one of Freeman or Booker completely flop in the lead-up to the season, Henderson will be buried on the depth chart.

As of now, Freeman's fifth round draft price on FantasyFootballCalculator.com (non-PPR) has starter's expectations baked in. In fact, he has a clearer path to first- and second-down work then a few guys in his ADP neighborhood, such as Dion Lewis. If you're looking for shot-in-the-dark upside, Booker actually carries more potential value in the 11th round. However, if you're looking for the Bronco back to own straight-up, Freeman's the guy to bet on in fantasy.

Fantasy Football: Saquon Barkley Is Easily Worth a First-Round Selection