The Struggling Steelers: Is it Big Ben's Fault? 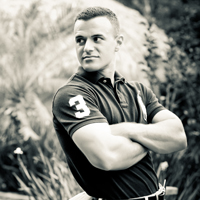 The Pittsburgh Steelers are coming off one of their worst defeats in team history. The 55 points that the New England Patriots scored on the Steelers were the most points that the team has surrendered in franchise history. The 610 yards of offense assembled by Tom Brady and company was also the most given up by a Steelers team in their 80-plus year history. You see the trend here. A downward spiral in Pittsburgh has everyone asking questions and looking for somewhere to place the blame. And one of those blame-worthy places is quarterback Ben Roethlisberger.

Before we dig into Big Ben's numbers, let's recognize that the defense certainly is a big reason the Steelers are 2-6. The lack of turnovers and inept pass rush have contributed to the demise of the once-proud defense.

Through eight games of the 2013 season, the Steelers Adjusted (adjusted for strength of schedule) Defensive Net Expected Points stands at 53.82 (read more about NEP). This means that an average team would have allowed 54 fewer points than the Steelers have if put in a similar situation.

The defense this year is far and away the worst that Ben Roethlisberger has ever played with in Pittsburgh. Comparing the current defense to great Dick LeBeau defenses of the past decade, the only one that even comes close to being as bad was the 9-7 2009 team that scored a 4.22 Adj. DNEP. Before 2013, only the 2009 and 2012 Steelers defenses were on the bad side of the Adj DNEP metric. Keep in mind that both squads missed the playoffs.

Since Ben Roethlisberger was drafted in 2004, the best Steelers defense according to our defensive metric was the 2008 team that posted a -154.73 Adj. DNEP and went on to win the Super Bowl. The 2005 Super Bowl defense, if you're curious, recorded an Adj. DNEP rating of -63.39.

It's more obvious now than in any of the past three seasons, that father time has caught up to the Steelers defensive veterans. The high finishes in total defense and yardage have been firmly exposed by the poor tackling, lack of execution and diminished skill and speed. Remember this, because plenty of people still want to simply blame Ben Roethlisberger.

Big Ben Through the Years

The defense certainly deserves blame, as does the offensive line, but what about the franchise quarterback? Is two-time Super Bowl winning quarterback Ben Roethlisberger free from criticism in Pittsburgh?

After 400 passing yards and four touchdowns, it would be criminal to cast blame on Roethlisberger right? Well, according to our metrics, Roethlisberger does need to take some responsibility. Through Week 10, Big Ben ranks 19th in the NFL among quarterbacks with at least 100 passing attempts with a 9.64 Passing NEP. His ranking would be even lower if you throw in substitute quarterbacks Josh McCown, Case Keenum and Jason Campbell. In other words, most starting NFL quarterbacks have contributed more for their teams than Big Ben has for the Steelers this year.

Taking a look back at the historical data on Ben Roethlisberger, the metrics show that this is his second-worst season since coming into the NFL in 2004. Roethlisberger's best Passing NEP season came in 2007 when he threw 32 touchdowns to 11 interceptions. His only season worse than 2013 (9.64 Passing NEP) was in 2006 when his Passing NEP rating was 3.83. If you recall, Ben threw five more interceptions that year than touchdowns (18 to 23).

You could argue that Big Ben has been an undervalued and unappreciated quarterback for the majority of his career. Because he doesn't typically put up the stat lines you see Peyton Manning and Drew Brees compiling each week, Roethlisberger is a forgotten man when talking about the top quarterbacks in the NFL these days. However, it could be for good reason. Since his serious rib injury against the Kansas City Chiefs midway through the 2012 season, Big Ben has been anything but stellar. From Week 14 of the 2012 season through last Sunday's game against the Patriots, Roethlisberger has 21 touchdowns, 13 interceptions and 6 lost fumbles. The 21:19 touchdown to turnover ratio during this span is just as big of an issue for the Steelers as their now porous defense.

It's Not All Ben's Fault

Ben's having the second-worst season of his career, but the defense is worse than it's been in over a decade. But let's face it: the expectations for Roethlisberger and the Steelers are sky high every year. Perhaps some of this disappointment has to do with the fact that most people ignored obvious signs of potential struggle at the beginning of the season.

There is no doubt that factors such as the loss of Mike Wallace, a hobbled Heath Miller and a season-ending knee injury to Pro Bowl center Maurkice Pouncey have contributed to Roethlisberger's struggles in 2013. However, there is no excuse for 19 turnovers in 12 games. Pittsburgh's franchise quarterback must play more efficiently if the Steelers have any chance of being respectable down the stretch, and like any other top quarterback in the league, must play successfully through the tough times.

Big Ben is due a big contract extension at the end of the season, but if the team continues to trend downward, the Steelers organization is going to have to think long and hard about what their future is at the quarterback position. In my opinion, Roethlisberger is still the cornerstone of the Steelers franchise, and he should have several good seasons left in the tank. But his play in 2013 must improve starting next week when the Steelers face the Bills.

The Good, The Bad and The Loads of Ugly: The 2013 Pittsburgh Steelers