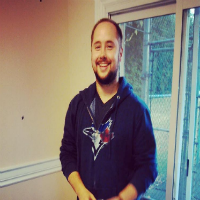 The New England Patriots have been extremely unsuccessful in drafting wide receivers in recent years to say the very least.

Come and gone are the likes of Brandon Tate, Aaron Dobson, and Josh Boyce, who the Patriots hoped would be their wide receiving threats for years to come, as was evident by their overall draft selections of 83rd (2009), 59th (2013), and 102nd (2013), respectively.

After injuries began in Week 10, sidelining Rob Gronkowski, Danny Amendola, and Chris Hogan, rookie Malcolm Mitchell (drafted 112th overall in 2016) seized his opportunity and emerged as one of Tom Bradyâ€™s most targeted and trusted weapons down the stretch.

Let's explore how Mitchell stands up against wide receiver busts drafted by New England in the past and further examine how Mitchell's on-field success could help him remain a consistent piece in the offense for years to come.

Including the 2009 NFL draft, the Patriots have drafted eight wide receivers out of their 76 total draft selections (10.53%), making it their fourth-highest position drafted.

Because of this, they must ensure they're selecting quality players who can contribute to the team's future.

However, over this time, the only receiver drafted by the team actively contributing to the team's success has been Julian Edelman. Mitchell has positioned himself to break this wide receiver drought.

Mitchell's value is obvious when compared to other early-round selections based on traditional stats while with the team.

Tate, Dobson, and Boyce all posted poor catch rates, even in their best statistical year with the Patriots. In just his first season in New England, Mitchell has been able to post the highest catch rate of those listed above and is tied for total reception touchdowns by drafted wide receivers by the Patriots over the past eight seasons (minus Edelman).

You might argue that Mitchell has been given more of an opportunity given recent injuries to star players, but offensive injuries have plagued the New England offense year in and year out. Mitchell has been the one to step up when his number's been called.

That's evident based on our Net Expected Points (NEP) metrics, as well, which indicate a player's value relative to expectation-level.

On a per-catch basis, Mitchell added 1.18 points to the Patriots' expected total, the same as Dobson but not quite on par with Tate. However, on a per-target basis, Tate and Dobson performed around league average for a receiver (roughly 0.67). Mitchell was a clear cut above and ranked 15th in Reception NEP per target among 96 receivers with at least 45 targets this season.

Dobson's rookie statistics were promising and appear most similar to Mitchell's. However, Dobson only caught 37 out of 72 targets and failed to reproduce or improve those numbers, catching a combined 16 passes for 179 yards and 0 touchdowns over the next two seasons.

Come playoff time Tate, Dobson, and Boyce were nothing more than non-existent in the Patriots' offense. Boyce did not record any playoff statistics, while Tate in 2010 was on kick return duty, returning 5 kicks for 108 yards, an average of 21.6 -- not exactly game-changing.

Dobson had a pedestrian showing in the 2013 playoffs, recording 2 catches on 3 targets for 33 yards. The lack of usage for each player during the playoffs speaks volumes about the value they held on their respective offenses at the time.

During the four games Rob Gronkowski played with Brady, he saw an average of 6.5 targets per game. Once injured, those targets were rightfully projected onto newly signed tight end Martellus Bennett and wide receiver Chris Hogan.

Up to that point in the season, Mitchell only saw 12 total targets, which were converted into 7 catches for 95 yards and 0 touchdowns -- this included three games where Mitchell did not record a single target from a New England quarterback.

During the offseason, our own Joe Redemann wrote that our algorithms projected Mitchell to record 6 catches for 81 yards receiving and 0.44 touchdowns in his rookie year but advised that -- if injuries arose throughout the season -- Mitchell would be well-positioned to fit into the Patriots' offense.

Mitchell has far exceeded those projections and has taken advantage when targeted.

After injuries piled up on the New England offense beginning in Week 10, Mitchellâ€™s targets and production increased significantly.

In Weeks 11 through 14, Mitchell caught 21 of his 27 targets for 263 yards and 4 touchdowns. Mitchell was able to strengthen his rapport with his quarterback, who began going his way in the red zone when the Patriots needed to score. During the regular season, Mitchell was targeted 12 times within the red zone, with three of four of touchdowns having come from 6, 8, and 4 yards out.

Time and time again, Brady has shown his confidence in Mitchell, and it's easy to see why. He was one of the most efficient receivers by our metrics on a per-target basis this year, and he was a red-zone threat, as well.

Mitchell received high praise from head coach Bill Belichick as Mitchell stepped up and took advantage of the opportunity given to him, and he made special note of the receiver's run-blocking ability in the Week 11 matchup against the San Francisco 49ers as reported by Doug Kyed of NESN.

Brady has been equally impressed with Mitchell stating he's "been impressed with him since the day he came in." Brady has also gone on to say that Mitchell's hands are comparable to Gronkowski's.

Receiving compliments like this can only be positive as Mitchell continues to fight for his spot on the roster.

With there being talks from beat reporters that the Patriots would be smart to trade Gronkowski sooner rather than later due to repeated injury concerns, Mitchell should cement himself as a reliable option in the passing game for years to come.

If the Patriots decide to keep Gronkowski, who is expected to have a cap hit of $8 million and $9 million in 2018 and 2019, respectively, other injury prone receivers like Amendola would be considered more expendable come the 2018 offseason when Amendola is due to become an unrestricted free agent.

In 2018, Mitchell's cap hit will only be $774,498 as part of the rookie entry contract, and it would make sense for New England to target other problem areas on the roster given how effective Mitchell has been when called upon.