Simmons, a former undrafted free agent in 2017, played in 6 games for Seattle in 2018 before suffering a season-ending knee injury. He did not see the field last season but is expected to compete for a roster spot on the Seahawks' o-line following the loss of Germain Ifedi to the Chicago Bears. The Falcons traded up in last year's draft to take Cominsky in the fourth round, but he played just 100 defensive snaps as a rookie and failed to make an impact. Vic Beasley and Adrian Clayborn have since signed elsewhere, creating an opportunity for Cominsky to emerge as a starter.

Cominsky recorded 0.5 sacks, 2 quarterback hits, 2 hurries, and 3 pressures over 10 appearances last season. There's obviously only a limited sample size to work with, but Cominsky did receive the 23rd-highest grade (82.1) on Pro Football Focus among 145 edge defenders to log 100-plus defensive snaps.

"Everything's been positive with A.J.," Taylor said. The Bengals placed the franchise tag on Green last month. He missed all of last season with an ankle injury and was limited to nine games in 2018. Green turns 32 in July.

Green averaged 14.0 FanDuel points per game in 2018, finishing as the WR15. He was 13th in numberFire's advanced per-target receiving metric among 52 receivers with at least 75 targets. 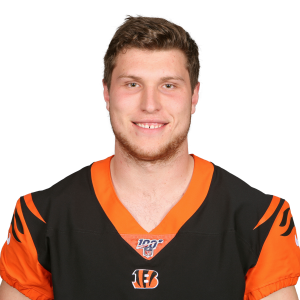 Sample, a 2019 second-round pick, played just 108 offensive snaps across nine games before landing on injured reserve with an ankle injury. C.J. Uzomah and Sample will work together to make up for the offseason departure of Tyler Eifert, who was fourth on the team with 68 targets last season. Sample's outlook could change if the Bengals add a tight end in the draft, but Dehner doesn't expect that to happen.

Sample caught 5 passes on 6 targets for 30 yards as a rookie. He had modest college production for the Washington Huskies, catching 46 passes for 487 yards and 5 touchdowns over four seasons. Los Angeles Chargers defensive back Desmond King could be traded, writes Daniel Popper of The Athletic.

King's play and role regressed last season following a first-team All-Pro selection as the Chargers' starting slot corner in 2018. He's entering the final year of his rookie deal and became expendable when Chris Harris was signed last month, so the Chargers may look to flip King for a more useful asset. He turned 25 in December.

King failed to record an interception for the first time in his career last season and he also had a personal-low 2 pass deflections. His coverage grade on Pro Football Focus plummeted from 90.1 in 2018 to 67.8 (36th among 92 corners to play at least 500 defensive snaps). 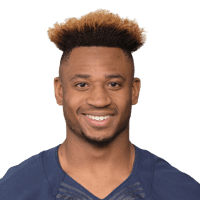 The Los Angeles Chargers are "still very high on" running back Justin Jackson, writes Daniel Popper of The Athletic.

Popper says the Chargers "like that one-two punch" of Austin Ekeler and Jackson. A 2018 seventh-round pick, Jackson has averaged a solid 5.5 yards per touch, but he's only had one double-digit workload and been limited to 20-of-32 games due to injuries. If Jackson can stay healthy, he's in line for an expanded role next season.

Jackson averaged 3.8 FanDuel points (RB84) and 31.7 yards from scrimmage with no touchdowns in 2019. His 6.9 yards per carry was tops among the 85 running backs to record at least 25 carries. Jackson also led that group in Rushing Net Expected Points per play (0.25) and success rate (65.5 percent).