Evaluating National Player of the Year Candidates: The Seniors 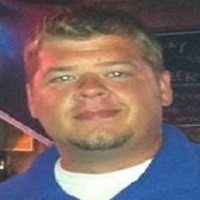 On March 4, the 15-player ballot for the Wooden Award, recognizing the nationâ€™s most outstanding college basketball player, was announced.

While any award recognizing the best player in the country necessarily involves a subjective component, we here at numberFire prefer to focus on objectively measurable statistics. Measurable factors that should be considered when trying to determine who is the best player in America include the playerâ€™s individual performance, how that performance affects his team, and how good that team is, in part as a result of that playerâ€™s contributions.

Here, we look at the six seniors on the ballot in light of those factors.

Seth Tuttle may be the best player that college basketball fans outside of Iowa have never heard of. Playing for Northern Iowa in the Missouri Valley Conference does not typically draw a lot of attention. But ignoring the Panthers (30-3) and Tuttle would be a mistake. Northern Iowa comes in number 28 in our power rankings.

Northern Iowa has a nERD of 11.53, which suggests that they should be expected to beat an average opponent at a neutral site by 11.53 points. Our bracketology has them projected as a 3 seed in the tournament.

Achieving that record and trip to the dance is attributable in large part to the play of Tuttle, who ranks ninth in the nation in Offensive Win Shares (4.7) and fourth in the nation in overall Win Shares (7.2). A 6â€™8â€™â€™ power forward with a skill set that allows him to move away from the rim, Tuttle averages 12.8 points per game. This does not seem particularly impressive until it is factored in that he plays for one of the slowest teams in the country -- Northern Iowa ranks 294th in pace -- so Tuttle sees fewer possessions than average players do.To go along with his scoring, Tuttle averages 6.7 rebounds, and 2.1 assists per game. Tuttleâ€™s defensive rating of 95.1 is respectable for a post defender, despite a relatively low total in traditional defensive statistics such as steals per game (0.9) and blocks per game (0.7). Tuttle has certainly earned consideration among the final 15 best players in the country, but how well he does in the voting may be determined by how he -- and Northern Iowa -- perform on the national stage in March.

Tyler Haws of BYU is a point-scoring machine. He has made more field goals (245) and scored more points (743) than any player in the country. His 21.9 points per game ranks seventh in the nation. To go along with his impressive scoring statistics, Haws averages 2.3 assists and 4.4 rebounds per game. On the defensive end, Hawsâ€™ 1.2 steals, 0.2 blocks, and Defensive Rating of 103.6 leaves something to be desired from a player at the shooting guard position.

That said, Haws was recognized on the ballot because he is an elite scorer, and this is undeniable. His 5.0 Offensive Win Shares ranks third nationally. And the Cougars (25-9) have won their share of games. BYU comes in at number 26 in our power rankings (with a nERD of 11.90) and, despite their record, are projected as a 10 seed in the tournament due to losses coming to some lesser teams and a relatively weak overall schedule.

Given the relatively poor performance of the Syracuse basketball team (18-13), the recent severe sanctions imposed by the NCAA for numerous rules violations spanning the course of years, and the voluntarily imposed postseason ban for this season, there have not been many shining moments for the program this year. One exception to the misery of the Orange has been the season of Rakeem Christmas.

Syracuseâ€™s team leader and strongest post presence averages 17.5 points and 9.1 rebounds per game and is one of only six players in the country to reach those combined averages. When able to avoid foul trouble (he averages 3.9 fouls per 40 minutes), Christmas has been a much improved defender, averaging 0.9 steals and 2.5 blocks per game. He had a defensive rating of 92.5 on the season, though this statistic can be misleading in light of the fact that Syracuse plays a zone defense. Christmas does not rank in the top 20 nationally in any of the Win Share categories, likely due in part to the emergence of do it all Junior team-mate Michael Gibinje as the season progressed. Syracuse comes in at number 56 in our power rankings (nERD 8.38), and will not play in the tournament due to the previously mentioned post-season ban.

Notre Dame (26-5) has had a remarkable season in their transition from the Big East to the ACC. The Irish come in at number 15 in our power rankings (nERD 14.04) and are projected to be a 5 seed in the tournament. A large part of Notre Dameâ€™s success this season can be attributed to their senior floor general, Jerian Grant. Grant ranks second in the nation in Offensive Win Shares (5.2) and eighth in the nation in total Win Shares (6.6). Grant averages 16.8 points per game to go along with 6.7 assists (seventh nationally) and 2.9 rebounds.

Grant excels more offensively than defensively as evidenced by his Defensive Rating 102.2, but he does average 1.8 steals per game. Grant plays his best in tough games where the Irish need him most, and they will certainly need him in the tournament. When he turns it on, there are few players in the country who are as exciting to watch or more capable of taking over a game. If Grant puts up the showing he is capable of during post-season play, he is capable of a late run as a dark horse player of the year candidate.

Despite being snubbed for PAC-12 Player of the Year honors in favor of Oregonâ€™s Joseph Young, Delon Wright is the only player from his conference to make the Wooden Award ballot. A 6â€™5â€™â€™ guard with the on-ball skills of a true point guard, Wright has been a matchup nightmare for opponents all season.

Offensively, Wright contributes in all aspects averages 14.7 points, 5.3 assists, and 4.7 rebounds per game. His Offensive Rating of 132.7 is good enough for third in the county. Wright has excelled defensively as well, ranking eighth in the NCAA is steals (82), and has a Defensive Rating of 86.7. Wrightâ€™s individual efforts are indispensable to his teamâ€™s success, as exhibited by his ranking in Offensive Win Shares (4.8, seventh in the nation), Defensive Win Shares (2.7, eighth in the nation) and Total Win Shares of 7.5, which ranks second nationally.

As a result of Wrightâ€™s performance, Utah has been quite successful. The Utes (23-7) come in at number eight in the numberFire Power Rankings (nERD 16.65), and we project them as a 6 seed in the tournament.

In recent weeks, consideration of Frank Kaminsky for Player of the Year honors has increased greatly in college basketball circles -- and with good reason. No one in the country means more to their teamâ€™s success than Kaminsky. The seven-footer ranks first in the nation in Offensive Win Shares (5.2) and overall Win Shares (7.9), and the Badgers (28-3) have done a lot of winning this season.

Wisconsin comes in at number three in our power rankings (nERD 19.88) and are projected as a 2 seed in the tournament. Kaminsky is the most efficient player in the country (PER 35.5), and averages 18.4 points, 8.1 rebounds, and 2.1 assists per game. He is also a very good defender, with a Defensive Rating of 87.6, and an average of 2.0 blocks per game.

Despite these outstanding numbers, Kaminskyâ€™s upside may even be limited somewhat due to playing on a slow-paced (288th in tempo) Bo Ryan team that looks to exploit mismatches rather than to feed their best player constantly. In short, Frank Kaminsky means more to his team winning than any other college basketball player in the county, and that team is one of the best in the nation. He deserves serious consideration for National Player of the Year.

Why Ohio State Could Be Dangerous in the NCAA Tournament