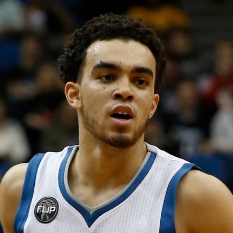 Jones gets the nod in place of Jeff Teague who is sidelined with an Achilles injury. Jones started the second half on Friday after fellow point guard Aaron Brooks was ineffective in place of Teague. He had 33.2 FanDuel points in 32.6 minutes against the Miami Heat.

Our models projected Jones for 11.7 FanDuel points in 14.1 minutes before his new starting assignment was announced.