New Orleans Pelicans guard Eric Bledsoe has been ejected from Wednesday's game against the Brooklyn Nets.

Bledsoe was assessed a technical foul late in the third quarter after getting fouled, and that was his second of the game. He was subsequently ejected, though the game was a blowout at that point anyways. Josh Hart should get extended run down the stretch.

Before exiting, Bledsoe had 26 points, 5 rebounds, 1 assist and 32.5 FanDuel points. 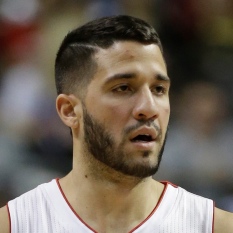