DeRozan will miss a third consecutive game but Spurs head coach Gregg Popovich said he's expected back "at some point" during their current five-game road trip. Monday is the second game on the trip and DeRozan's next chance to play will be on Wednesday. The Spurs will continue to lean more on Derrick White, Dejounte Murray, and Keldon Johnson for offensive production.

The Pistons are allowing the fifth-fewest points per game to the point guard position this season but White is still numberFire's second-best available value at his position on Monday. He has a salary of $5,300 and our models project White for 30.4 FanDuel points. 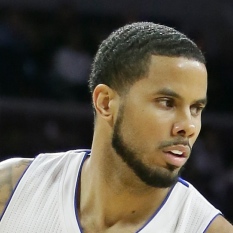