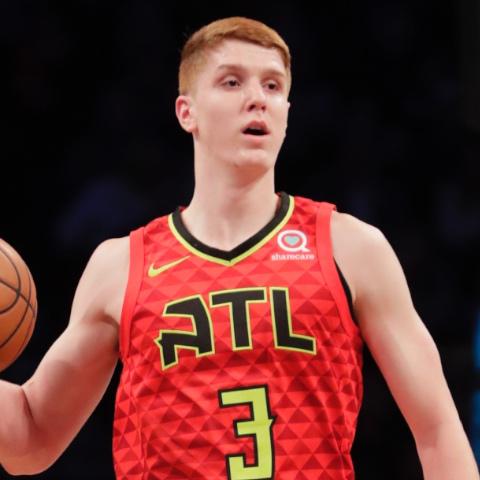 Kevin Huerter (back) cleared for Hawks against Heat

Atlanta Hawks shooting guard Kevin Huerter (upper back tightness) is officially available to play on Tuesday against the Miami Heat.

Huerter was previously listed as probable on the injury report. He played 41 minutes versus the Heat on Sunday and scored 13 points with 4 rebounds, 4 assists, a career-high 6 steals, and a triple. Bogdan Bogdanovic (knee) is expected to play on Tuesday for the first time since early January. He will be on a minutes limit but Bogdanovic's return could cost Huerter some playing time going forward.

numberFire’s models project Huerter for 24.4 FanDuel points on Tuesday and he has a salary of $5,300 on the six-game slate. Huerter put up 37.8 FanDuel points against Miami on Sunday and they are allowing the third-most 3-point makes per game to the shooting guard position this season. Huerter attempts 54.8 percent of his field goals from beyond the arc.