Tayshaun Prince starting for Timberwolves, Zach LaVine to the bench

Minnesota Timberwolves forward Tayshaun Prince will return to the starting lineup for Wednesday's game versus the Toronto Raptors, sending Zach LaVine back to the bench.

Prince has fluctuated in and out of the starting five all season long, but he's not a fantasy option in any league. LaVine should be able to see 30 minutes regardless of how he enters the game. 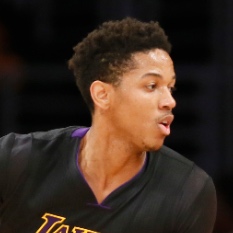