According to head coach Mike D'Antoni, the Houston Rockets regulars "will play about a half" in Friday's game against the Philadelphia Sixers.

With Houston's next game taking place on Tuesday, the Rockets will allow their starters to play around a half. Expect the Rockets' second unit to see a lot of minutes in the second half on Friday.

According to FanDuel's Sportsbook, the Rockets are currently priced at -168 or an implied 62.6% favorite to win tonight's matchup against the Sixers. 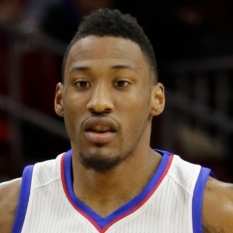