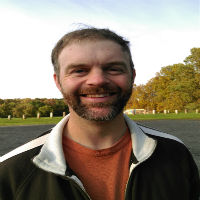 Since the days of Vinnie â€œThe Microwaveâ€ Johnson in the 1980's and early 90's with the Detroit Pistons, the NBA Sixth Man of the Year Award has typically been given to the best top offensive threat off the bench.

Only three times since the awardâ€™s inception in the 1982-83 season has the winner averaged fewer 10 points per game, and not once since Anthony Mason tallied 9.9 points in 1994-95.

(As a quick aside, how good was â€œThe Microwaveâ€? Itâ€™s unbelievable that Vinnie Johnson never once took home the trophy, but yet was the quintessential Sixth Man during the â€œBad Boyzâ€ ascension to their championship years. That man was hot before he even left the locker room!)

Now, more than ever, we are seeing some pushback to the notion that he who scores most off the bench is the most deserving. Perhaps itâ€™s a result on the ever-growing emphasis of advanced statistics to evaluate a playerâ€™s impact on his team. Or maybe, Andre Iguodala's MVP performance in last yearâ€™s NBA Finals has changed our notion of the different ways a reserve can impact his teamâ€™s chances to win.

If ever a player embodied the spirit of Vinnie Johnson, it would be Los Angeles Clippers shooting guard  Jamal Crawford. He is a gunner in the truest sense, and in a nod to the instant offense mentality of "The Microwave," Crawford was announced today as the NBA Sixth Man of the Year for the second year in a row and third overall.

This season, Jamal Crawford scored 14.2 points on 40.4% shooting. Did Crawford deserve to win the award this year?

To help evaluate counting stats on a level playing field, all of the numbers below are based on players' per-36-minute production.

How did Crawford stack up against some of the other potential Sixth Man of the Year candidates?


As we look at the per-36-minute stats of the many reserve players who hoped to stake a claim as best in the NBA, we find that Crawford does not fare too well in almost any category. Known for his offensive acumen, Crawford still only ranks fifth in points on a per-36 minute basis in this group behind  Enes Kanter, Jrue Holiday, Ryan Anderson and Dennis Schroder.

However, Crawford ranked 11 out of 14 in Effective Field Goal Percentage (eFG%), making him one of the least efficient shooters in the group. Speaking of inefficiency, he was second-worst in nERD in this group of candidates.

Crawford did step up his game somewhat with Blake Griffin missing 45 games in the middle of the season. During that stretch that saw the Clippers compile a 30-15 record, Crawford improved his eFG% to 47.8% while increasing his scoring output to 15.6 points per game; he was especially red-hot during the month of February, scoring 19.5 points per game.

But, outside of scoring, a comparison of the raw stats show Crawford doing little else to stand out from the competition.

In this light, Kanter's numbers jump off the page. Ranking 13th overall in our nERD ranks this year, Kanter was tops among non-starters. He also ranked first among all NBA players in Offensive Rebounding Rate, pulling down one out of every six (16.7%) Oklahoma City Thunder missed shots, ahead of the 15.6% clip of runner-up Andre Drummond. Kanter also ranked fourth overall in Total Rebounding Rate at 21.0% and sixth in eFG%.

Both Holiday and Anderson were among the top scorers but played very little defense on a losing New Orleans Pelicans team, effectively dropping them from consideration. Jeremy Lin made big contributions when injuries to the backcourt necessitated but disappeared for far too many stretches.

Cory Joseph was similar to Iguodala in that his impact was felt beyond the box score, handling the ball late in games to allow Kyle Lowry to look for his offense. Schroder was explosive at times (making us wonder what could be if Jeff Teague was traded) but was extremely inefficient and turnover prone, drawing the ire of his coach while seeing his minutes reduced often as a result.

Now that we have an apples-to-apples look at the raw stats and can eliminate some of the lesser qualified  also-rans, let's look at how the teams of the best options off the bench fared with and without their sixth man.

The table shows the difference betwen teams' advanced stats with and without the given player on the floor, according to Basketball-Reference.

To be clear, this is not the neatest comparison because the totals are reliant on teammates' strengths and limitations.

By contrast, the Los Angeles Clippers were better off this year with Jamal Crawford parked on the pine by more than 6.2 points per 100 possessions. Severely impacting Kanter's candidacy was that he finished lowest in this chart, although his own Defensive Rating says that his fellow second unit mates hampered him here; the impact Kanter made as a rebounder was readily apparent.

Conversely, Crawford's Defensive Rating says that he added to the defensive issues while any positive impact he made was much less significant in finishing only one from last.

Maybe surprisingly, Darren Collison was third in this chart but didn't get talked about much this for his standout year. While he wasn't very good defensively, his role on the offensive end leading the Sacramento Kings' second unit from the point while spending minutes alongside Rajon Rondo and DeMarcus Cousins at shooting guard helped his rank here.

When we combine both the individual and team components, Thompson appeared to be the best choice for the honor due to his overall impact with Iguodala and Kanter a close second and third. Maybe Thompson's de facto starter status kept voters from recognizing him for the honor this year, even though he came off the bench for more than enough games to qualify.

Collison had a very efficient season for the Kings. Mario Chalmers might have been a more serious contender if he hadn't languished on the bench in Miami before thriving in Memphis until tearing his Achilles tendon. If Ed Davis had only played more minutes per game, perhaps he would have been noticed more among voters. Will Barton was an early leader for the honor before his play faltered when Danilo Gallinari was injured for the season. Evan Turner contributed across the board as a key member of the Boston Celtics.

No matter how you look at it, Crawford did not fare well compared to his competitors when measuring raw stats, and his team was worse with him on the court in nearly every metric.

Based on this, it's quite a leap of faith to consider him as the best Sixth Man this year. When we incorporate both aspects, Crawford rates generously as the sixth or seventh best player off the bench this year. He was likely given extra credit for the Clippers' record minus Blake Griffin, but in reality, that speaks more to the MVP credentials of Chris Paul than how Jamal Crawford impacted his team.

Still, Jamal Crawford will add another piece of hardware to his trophy case.

Maybe next year analytics will lead voters to a better conclusion.

NBA Coach of the Year: Should Gregg Popovich Be the Frontrunner?