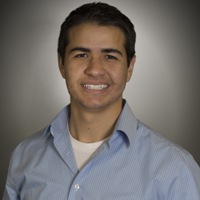 One of the easiest ways to find an edge is to understand what happens to a team when injuries occur. Who stands to benefit? Who might struggle as a result? That's all vital information during the lineup-building process.

What should you know about tonight's slate of games? Let's break it down.

As always, you should make sure to double-check our NBA Player News page before finalizing your lineup.

DeMarcus Cousins, Rajon Rondo, Rudy Gay, and Marco Belinelli will all sit out of Monday's contest against the Trail Blazers. Okay, this is huge news for today's slate as it opens up a ton of value for the Kings. Darren Collison, Kosta Koufos, and Willie Cauley-Stein will benefit the most from their absence. Collison is always a chalk play whenever Rondo sits out, Koufos is a great option for when Cousins sits out, and Cauley-Stein has been very hot lately and will likely see a lot of minutes tonight for the shorthanded Kings. All three options are very attractive and will likely be highly owned in tonight's slate of games.

Kawhi Leonard is out for tonight's game, which will be his third straight on the sidelines. Kyle Anderson is the biggest beneficiary for the Spurs as he goes from irrelevant to a decent punt option. He is $3,600 on FanDuel, so he allows you to save a lot of money and spend it elsewhere. The other Spur who will benefit the most is LaMarcus Aldridge.

Tim Duncan, Tony Parker, and Manu Ginobili are also out for the Spurs. San Antonio is is the same boat as Sacramento tonight, as they are both resting a lot of players. The aforementioned Aldridge will probably get the ball early and often. His daily fantasy value is extremely high tonight with the rest of the Spurs' stars on the bench.

Deron Williams will sit out of a third consecutive game for Dallas. Both Raymond Felton and Juan Jose Barea become interesting options in his absence. They have done very well in the last two games with Williams out of the lineup. Felton has played 38 and 35 minutes, and while Barea hasn't seen quite as many minutes, he has still been very productive.

Tyson Chandler and Jon Leuer are active tonight for the Suns. This news destroys the upside of Mirza Teletovic. With the entire frontcourt active, they will all eat into one another's production, and it is hard to predict which one or two will have a good game. Alex Len has probably been the best of the bunch recently, but his price tag is over $6,000, which makes it hard for him to become a good value, especially with everyone playing.

Jrue Holiday is questionable tonight for the Pelicans. If he can't go, Tim Frazier and Toney Douglas will benefit the most as they rotate point guard duties. A decent option is also Alonzo Gee. Gee is very inexpensive and has put together two great performances in a row. He usually plays about 25 minutes a game, but he has seen 41 minutes in each of the last two contests.

With a lot of other injury-replacement options, Gee may not be owned by that many people. His low cost and potential high value could really help you save money without playing the same people as everyone else.

As always, make sure to check our player news section for the latest notes and updates from around the league. Good luck tonight!