Is Jamal Crawford Actually a Liability for the Los Angeles Clippers? 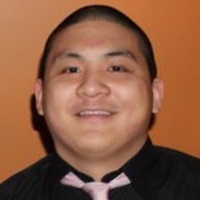 Despite losing Blake Griffin to a staph infection and despite a thin bench, the Los Angeles Clippers are right in the thick of things in the Western Conference.

So, on the surface, it would appear that Jamal Crawford's return to the Clipper bench as early as next week would be the key to solving one of the Clippers' main problems: bench play.

Crawford leads all bench players with 16.4 points per game and is ranked 12th overall in Offensive Real Plus Minus among shooting guards. He can get hot at any moment to take over a game, evidenced by his 21-point fourth quarter against the Denver Nuggets in January, or shift the momentum back to the Clippers' side with a four-point play -- he has the most four-point plays in NBA history.

It would be easy to assume Crawford would not only be the best player on the Clippers' bench but one of the key components of a potential championship run.

How will he impact the Clippers?

Crawford vs. the Rest of the Bench

A good question to start with is how Crawford compares to the other bench players on the Clippers' roster in terms of overall impact.

Based on how apparent the bench struggles have been, it would have been easy to assume Spencer Hawes, Austin Rivers, Hedo Turkoglu and Glen Davis would all fall under the league average.

Hawes has had shooting struggles all season shooting only 39.4 percent from the field and posting an effective field goal percentage of 45.9 percent -- both career lows. He hasn't even been able to be the stretch big-man so heavily desired in this league's day and age, shooting threes at only a 31.7 percent clip. Last year, Hawes made 41.6 percent of his threes.

Even though a few years removed, Rivers hasn't improved much from potentially the worst season ever by an NBA rookie. Turkoglu is mostly limited to being a three-point threat at this point in his career, and most of Davis' contributions come from setting screens and crashing the boards.

But the reigning Sixth Man of the Year falling below league average? That comes as a bit of a surprise.

Certainly, Crawford is a much better option than any of the other reserves meant to fill his role as the scorer off the bench, but it doesn't equate to having an overall positive effect on the Clippers as a whole.

The reason? As much as Crawford is a threat on offense, he is twice as worse on the defensive end.

Crawford's ability to create his own shot off the dribble (just ask Patty Mills) and fill the score sheet is reflected in his Offensive Real Plus Minus of 1.80 (48th overall) and Offensive Rating of 108.3. However, his inability to guard the other team's shooting guard effectively (and often times small forward when playing alongside Chris Paul and J.J. Redick) is what brings down Crawford's overall value to the team, as he has a Defensive Real Plus Minus of -3.25.

His Defensive Real Plus Minus is the lowest of anyone one the team by roughly 1.71 points and is ranked 454th in the league.

Below is a complete breakdown.

With Crawford back and healthy, he will surely see more minutes than any of the other Clipper reserves, meaning the Clippers will constantly have one of the worst defensive players in the league on the court. Even with an offense that leads the league in Offensive Efficiency by our algorithms, Crawford's defensive issues could be magnified if and when he is responsible for guarding the likes of James Harden and Klay Thompson.

This not only affects the one-on-one match-ups but also the Clippers' ability to switch on defense, to play small-ball, and to have a steady crunch-time rotation, as Doc Rivers will likely have to switch between Crawford and Matt Barnes for offensive and defensive purposes.

All that being said, our algorithms finds the Clippers to have the best chance of any team (10.2 percent) outside of Golden State (41.2 percent) to win this year's Western Conference, and the third-best chance to win the NBA Finals.

The Clippers lead the league in Offensive Efficiency and have the second highest nERD score with a 71.1, which suggests they'd win 71.1 percent of their games during an 82-game span.

They'll have to rely heavily on their league-best offense and reliable starting five to do so, but it definitely is not out of the question.

How Important Is DeAndre Jordan to the Los Angeles Clippers?

Why Austin Rivers Hurts the Clippers More Than He Helps

How Have the Los Angeles Clippers Survived Without Blake Griffin?